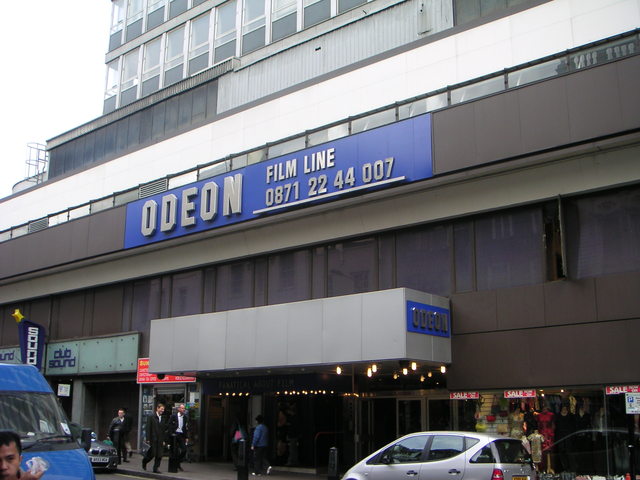 Located in the Swiss Centre building on the corner of Wardour Street & Coventry Street in the heart of London’s West End. The Scene 1-2-3-4 was opened on 14th June 1973 with Pasolini’s “Canterbury Tales” playing in all four screens, using two prints. The cinemas were located on the third floor of the Swiss Centre office building on the corner of Leicester Square, and were accessed via lifts or stairs.

Screen 1, with a seating capacity of 110 had its own projection box using a periscope system of mirrors. Screens 2 & 3 seating 113 and 116 used direct projection and shared their projection box with Screen 4 which seated 137 and had a periscope mirror system. The small screen size and auditoria made for a mediocre experience.

Taken over by the Leeds based Star Cinemas circuit, it passed to the Cannon Group from August 1985 and they re-furbished the screens and re-named them Premier from 22nd November 1985. The re-opening films were “Colonel Redle”, “When Father Was Away on Business” a World Premiere presentation of “The Boys Next Door” and in the fourth screen known as the ‘Cinematheque’ a revival of “Citizen Kane”. The cinemas specialised in screening foreign art house films.

Taken over by Odeon Cinemas in around 2000, it most recently showed mainly limited release films, and never looked that busy.

It’s closing in March 2006 was brought about because the Swiss Centre was due to be redeveloped. A great shame because the West End loses further capacity, and less choice therefore for the discerning filmgoer.

Demolition of the Swiss Centre building began in February 2008 and was completed in mid-June 2008. A boutique hotel was built on the site.

A dreadful little multiplex originally known as the Scene Swiss Centre….little or no money has been spent on its upkeep over the years and although capacity in the West End will be reduced(a long with the impending closure of the Odeon West End)its loss is not to be mourned!

Another couple of photos after closure here:–

Photographed in August 1988 as the Cannon Premier Cinemas:
View link

Hello. I’m desperately looking for pictures showing the inside of these theatres. Does somebody have some? Thank you.

Lionel: Afraid I don’t. However, you can view the plans for the cinema within this licencing application.

BTW, thanks CF100 for posting this link. I really wonder how they could come up with such dreadful theatres. After all, they were free to do whatever they wanted from the start. Just like the 4-plex on Panton Street in which I’ve seen one film and recently saw the plans here on CinemaTreasures. Why choose from the beginning to have such cramped places with tiny screens when volume allows to do better? Ah…

Lionel: The Swiss Centre opened in 1966, so it seems reasonable to assume that the cinema was not conceived at that time?

Archival footage: filmed when it was called the Scene, at 0:20 in this sequence. The marquee catches the eye but titles of the films played also visible at the very top of the frame.