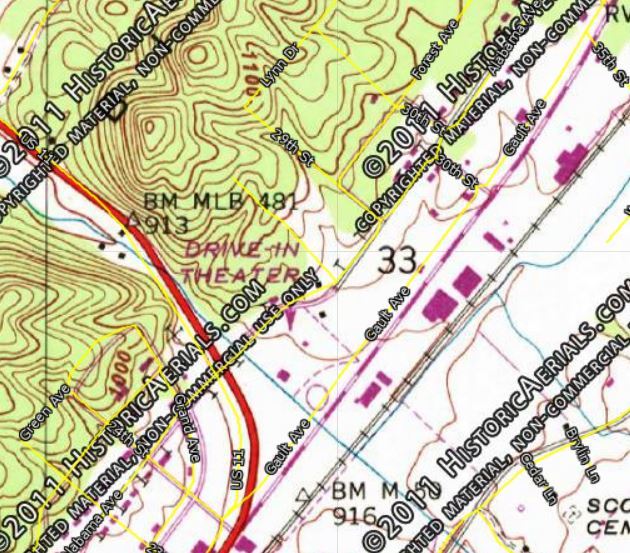 Located at the corner of Drinkard Drive Northwest and Gault Avenue N. Dave Hamilton and his son Mack opened the Hamilton Drive-In on May 18, 1950 with Doris Day in “It’s a Great Feeling”. It had space for 400 cars. The property was demolished in 1982. A Quality Inn now stands on the site.

Dave Hamilton and his son, Mack, launched Hamilton’s Drive-In Theatre on May 18, 1950 with the film, “It’s a Grand Feeling.” On hand that night was radio station WFPA broadcasting from the grand opening. Local Boy Scouts helped direct cars to the theatre and ramps which held 400 cars at opening. DeLuxe Hot Dogs, malted milks, and cheese sandwiches were among the offerings at the snack bar.