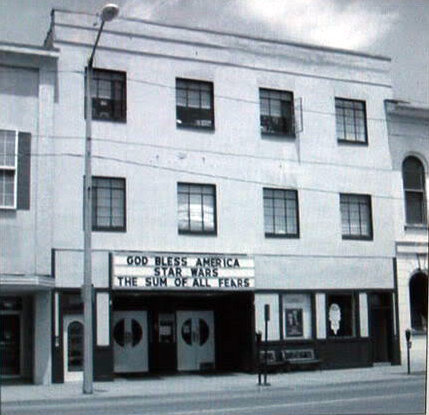 The Bogar Theatre was opened in 1939.

Opened in 1939 and named after the theater owner’s two sons:
http://tinyurl.com/yqf99f

The 450-seat Bogar Theatre in Marshall, Michigan opened on March 2, 1939 and was another project completed by my grandfather’s Johnson Construction Company. I’ve uploaded a copy of a Kodachrome slide that Al Johnson shot from Michigan Avenue in January 1949. “Apartment for Peggy,” and 1948 release, appears on the marquee.

The image might be as notable for the lineup of automobiles and a large red truck as it is for the theater. In any case, the front of the theater has the patented “Johnson doors” with matching half-round glass panes, and the cream and red colored porcelain enamel tiles which were features of several Johnson-built theaters of the era.