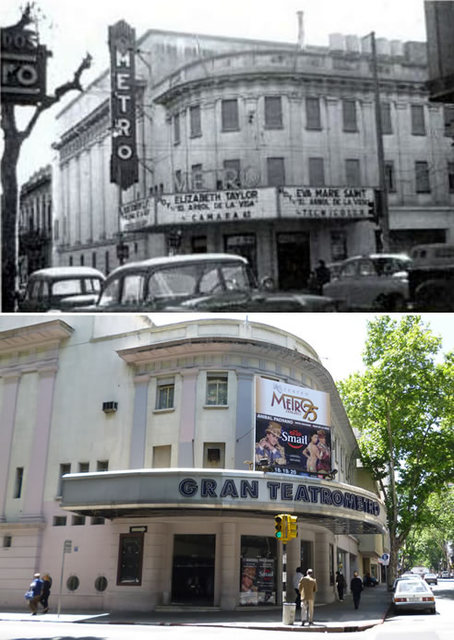 As one of Montevideo’s beloved historic cinemas, the Cine Metro continued to screen the latest movies until the mid-2000’s. It had a large screen and was equipped with Dolby Digital sound. It is now in use as a rock concert venue

The building stands on the apex corner of two streets and has a Classical style facade.