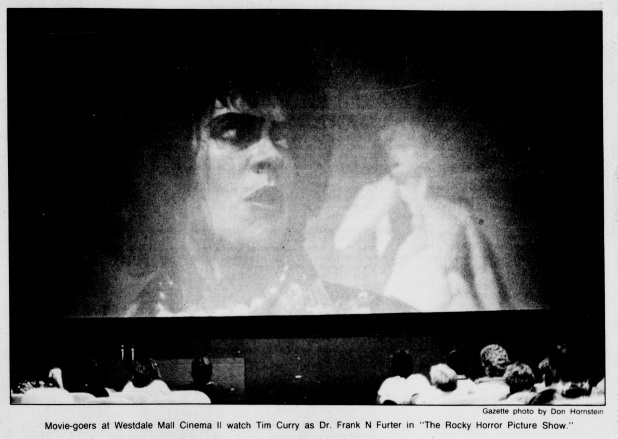 It was a typical GC cracker box. Four long and narrow auditoriums with an aisle down the middle of each one. The uncomfortable white “reclining” seats and a screen mounted way too high on the wall.

Star Wars and Superman played at the luxurious, 700 seat Plaza theater. The sequels, unfortunately, were booked in to these cruddy and uncomfortable theaters because GC was a bigger chain and won the rights.

theater for rent on loopnet!

General Cinema operated the Westdale from its start on April 4, 1980 until being taken over by Excellence Theatres in 1989. The Westdale was one of the last three General Cinemas operating in Iowa.