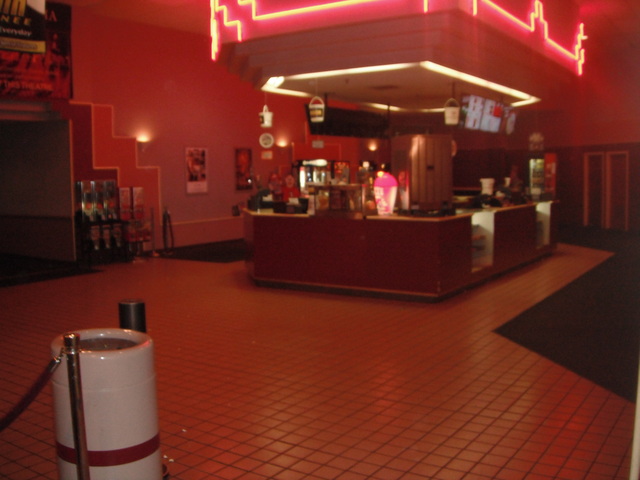 This theater is entered from the mall food court. Movie Times listings are on a whiteboard instead of the marquee over the ticket window.

This opened in November 1986 with 6 screens and expanded to 12 screens on November 5th, 1997. ad in photo section and below:

Correction: This opened on November 21st, 1986. Grand opening ad in the photo section.

Oakwood Mall opened October 15, 1986 with the Carmike six-plex as an original attraction though launching on November 21, 1986. The Mall was overhauled in 1996 and Carmike would expand here to twelve screens on November 5, 1997 as the multiplex era had morphed into the megaplex era. In 2005, Carmike refreshed the megaplex with stadium seating.

In 2016, AMC purchased the Carmike circuit. The Oakwood would receive AMC’s CLASSIC tag that was generally given to inherited locations and those locations that would be less likely to receive a major refresh and/or expanded options. The Oakwood Mall would shed three anchors in 2017/8 in Macy’s, Younkers, and Sears. The AMC Classic Oakwood closed temporarily with the rest of the AMC locations on March 16, 2020 due to the COVID-19 pandemic. It reopened on September 3, 2020. AMC announced the permanent closure of the AMC CLASSIC Oakwood 12 following showtimes on October 2, 2022.