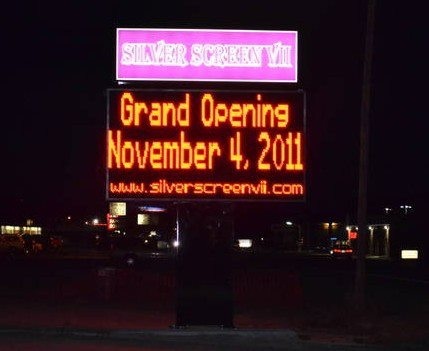 I was involved in the installation of the projection & sound equipment here in the early 80’s. The projectors were the mates to the projectors removed from the “Raintree Cinemas” in Columbus, Ohio when platters were installed. The theatre was independently owned. In the later part of the 80’s additional screens were added using equipment from the “Lancaster Cinemas” that had closed.

This opened as Spring Valley Cinemas in May 1980 with three cinemas and renamed Silver Screen VII on November 4th, 2011.