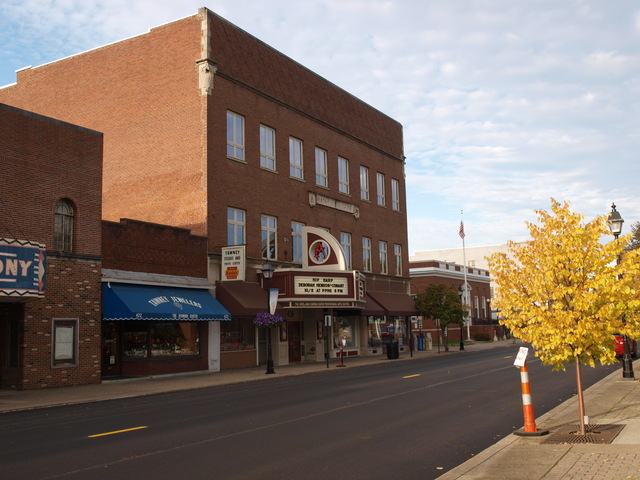 The Ariel Opera House was built in 1895. The Ariel Theatre was used for vaudeville and later movies were shown here. As a movie theatre. By 1951 it had been renamed Gallipolis Theatre, it closed in 1963. Today the Ariel Theatre is a performing arts center.

Here’s a brief video about the theater’s history, and here’s an excerpt from their website:

Nestled in the hills of Southeast Ohio is the 1895 opera house known as The Ariel Opera House. Located in the historic district of the French town of Gallipolis on the Ohio River, the Ariel was built during the age of gas light elegance.

During her heyday, she hosted such luminaries as Will Rogers, Sarah Bernhard and Daniel Emmett. Ensembles such as the Chicago Opera and the Ziegfield Follies graced the Ariel’s stage.

Vaudeville led to movies and the Ariel’s eventual closing. Neglected and forgotten, she began the steady march of decay.