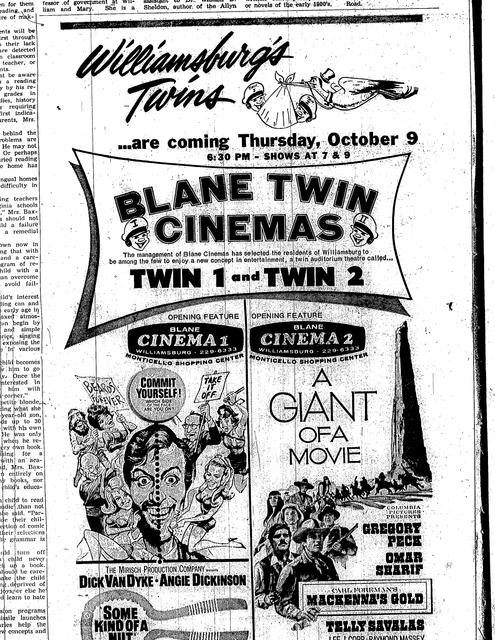 Closed in 2002, probably due to competition from a nearby seven and twelve-plex (the seven-plex owned by Carmike).

Actually the 7 plex (The Williamsburg Crossing Theater) was also owned by Carmike and has closed. Now there is only thing left is the twelve-plex

Was located in the Monticello Shopping Center.

On August 13, 2011 it became the West campus of The City Life Church of Newport News, Virginia.

Could use photos both old and new, inside and out and more info.

Going by the ad posted for this theater, it should have an AKA Blane Cinema 1 & 2. This theater was most likely opened before 1975, when Martin bought and renamed the theater after themselves.