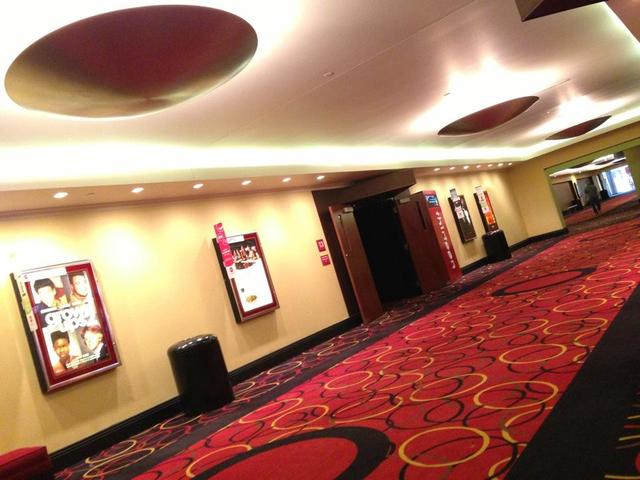 This theater is located in a busy shopping area located along the Kansas/Missouri border. It is one of the many theaters located in AMC’s hometown state. It opened as the 2,700-seat AMC Ward Parkway 12 on November 22, 1991. Several auditoriums have stadium seating. It was expanded to 20-screens on June 30, 1995. Another two screens were added later in 1995.

In March 2001, 8-screens located on the lower level were closed and the AMC Ward Parkway continued with 14-screens.

I saw Inspector Gadget here in 1999 back when it was 20 screens. However, I always thought it was 24 screens and therefore thought this was the BarryWoods. I remember being so wowed with a 20 screen theatre and everything surrounding it. The theatre was non-stadium seating but a very filled theatre. The Blair Witch Project was also playing well and you could hear that one in the halls where the auditoriums were.

In short, I’ve got to come here again to remember again. Even with fewer screens.

The theatre was recently renovated with new seats (all are recliners), added concessions and a bar and it looks great. I saw The Oranges today and it was like being in a studio screening room. It also helped that the audience enjoyed the film.

Early 90’s – Remember the high wall faces that held the movie posters as you waited for tickets. We always tried to get there early so we could ear at the food court downstairs (Sbarro: pizza slice and those doughy bread sticks with clumps of garlic wrapped in foil).

Walk up some steps to the consession stand, then, a ramp to the ticket tearer. I believe for Gettysburg (1993) they had a few Civil War reactors hanging around the steps for its opening weekend.

Use to browse the Suncoast store after a film.

A video crew was set up out side the auditorium of Showgirl (1995) getting reactions from people.

Saw Braveheart and Multiplicity in the lower level theaters.

I, too, remember it as one of the first theaters having multiple auditoriums for a single film (Batman Returns / 1992). I think it went up to a count of 6 at one time in the 2000’s.

I think I still got my AMC Moviegoer card somewhere… 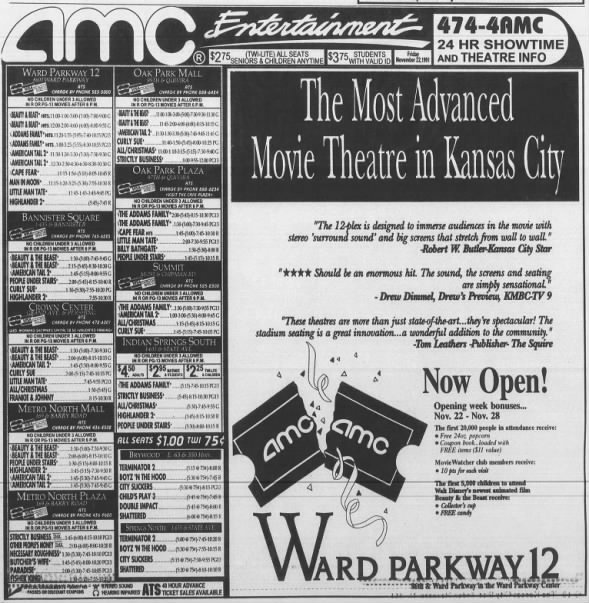 more details (click on the image to zoom in) 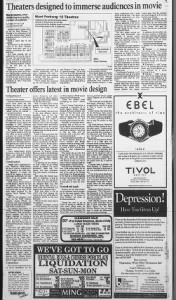 On September 18th, 1998 the 8 lower-level screens at the Ward Parkway 22 becomes the Parkway Artplex 8 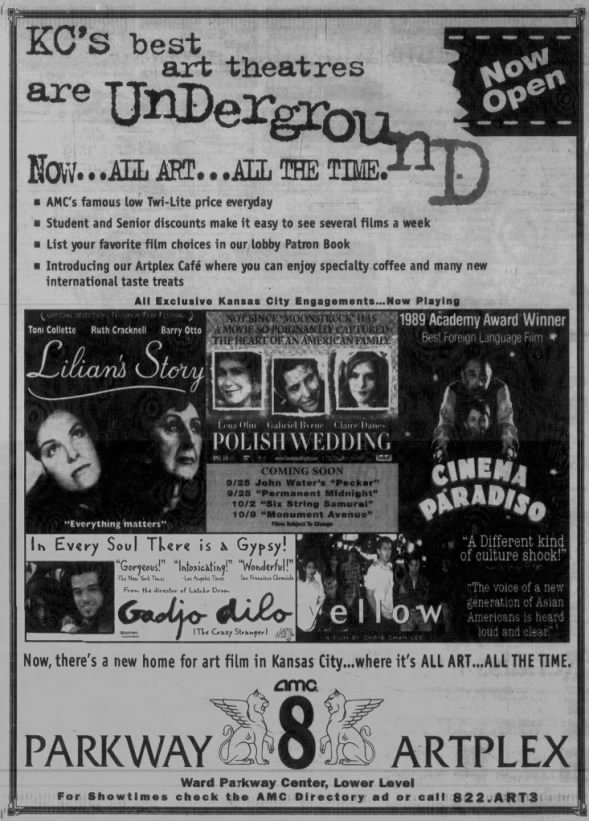 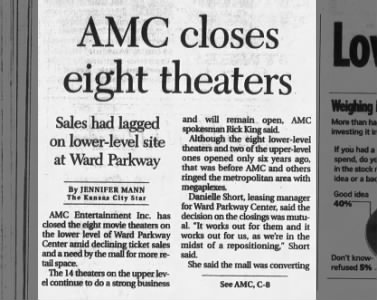