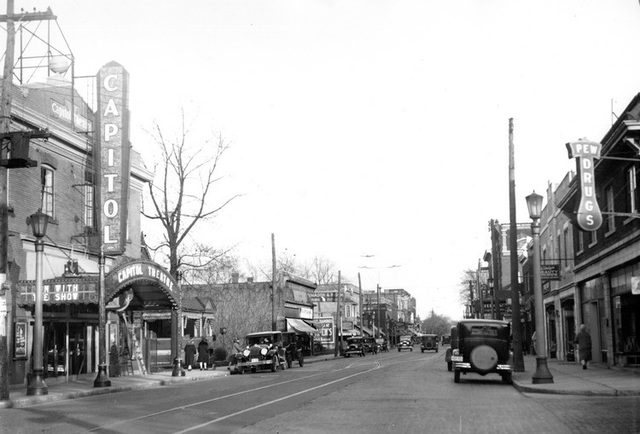 I wonder if the bar and nightclub have kept the art deco theme?

I have lived in Niagara Falls Ontario all my life, and can’t find, not have I heard of this cinema.

Long time between posts, but none the less this one has interest and so I hope more information appears here in ‘06.

I grew up in Niagara Falls in the fifties and sixties. I also worked at the Princess Theatre on Main Street, and the Seneca Theatre on Queen St. (which was just down the street from the the Capitol) The Capitol theatre was demolished shortly after it closed in the late 1950’s. It was replaced by a bank. The bar was located next door in what used to be a Woolworth’s store. You can see some pictures of the the theatre just before it was torn down at the Niagara Falls Library’s digital collection at http://www.nfpl.library.on.ca/

There is a photo on this site:
http://tinyurl.com/d8af4f

The Capitol Theatre was never Art Deco in style. This weblog post has a few photos over the years. It changed little from its opening in 1913 until its demolition in 1964.