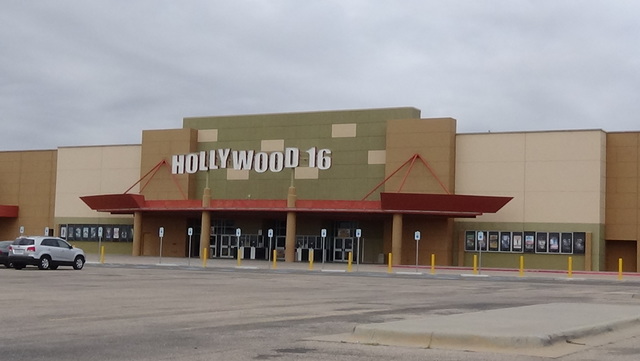 Designed by the Dallas-based firm Partners in Architecture.

The Hollywood 16 was built by the Starplex Theater chain but sold to Cinemark only a week after opening. The complex opened February 13, 1998. I saw my first movie there that night, “SPHERE”, starring Dustin Hoffman. It took me until October 9, 1998 to finally see a movie in all 16 auditoriums. The theater featured 3 concession areas, one at the front and another at each end of the concourse which provides access to the auditoriums. That did not last long, however, and the inside concessions were removed within a year. By October 2013 I had seen 1,000 movies at the Hollywood 16. I assume they’ll add an IMAX theater soon.