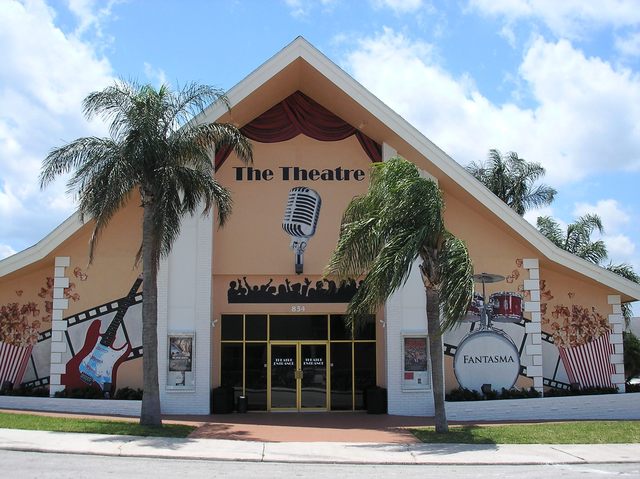 The building was formerly the Lighthouse Christian Center International, an affiliate of the Trinity Broadcasting Network. It’s interior was totally remodeled in 2006 into one of the classiest theatres in the area, featuring a large stage to accommodate live performances, a large screen, VIP seating and high arched ceiling with exposed wooden beams.

Here is a photo from June 2007 of the The Theatre.

The Theatre — as with its owner, Fantasma Productions — has been defunct since early 2008. Fantasma founder Jon Stoll, the main driving force behind The Theatre and its predecessor the Carefree, passed away at that time. With Fantasma subsequently sold to Live Nation, The Theatre was up for lease/rental last I heard. Stoll was one of the last major independent concert promoters in the country — warmly remembered, much missed.

As of 6/11, now home to Calling All Kids Indoor Playground/Family Fun Center.