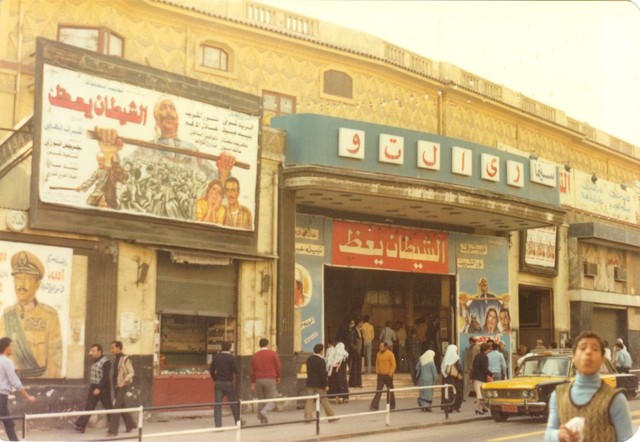 Located in downtown Alexandria, the Rialto Cinema possibly dates from the 1930’s. It has seating for 666 Stalls, 439 Balcony and 20 Loge seats. By 1955, it had been equipped to screen CinemaScope films.

Its programming was first run foreign films. It was used as a location for the International Film Festival, held every September. The old Greek owner of the cinema sold it to a new operator, who stated he would renovate and continue to operate the cinema. However, it was demolished to make way for a shopping centre around 2013.

Here is a vintage photograph of the Rialto Cinema. It was taken by Cinema Theatre Association member John Leach in 1982:
http://flickr.com/photos/kencta/536019435/