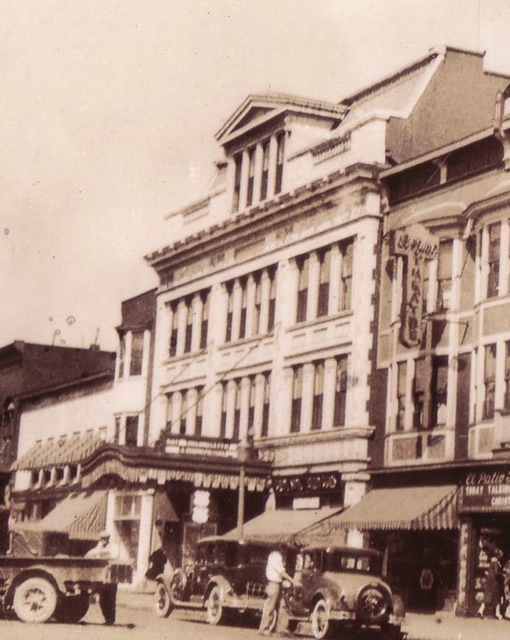 Here is an April 1937 ad from the Tyrone Daily Herald:
http://tinyurl.com/nyhk2j

The January 1, 1914, issue of The Tyrone Daily Herald said that the Wilson Theatre had opened the previous Monday evening, which would have been December 29, 1913. The French Renaissance style theater was designed by a local firm, the W. F. Wise Co., who advertised their services as “Scenic Artists, Decorators, and Theatrical Architects.”

The house was equipped for both live theater and movies. Mr. Wilson brought some pretty impressive fare to Tyrone. For example, the October 21, 1914, issue of the Altoona Tribune said that a concert would be given at the Wilson Theatre by the New York Philharmonic Orchestra, conducted by Walter Damrosch, on October 29.

Despite these initial ambitions, by the 1920s the Wilson was primarily a movie house. Geroge Wilson died in 1937, and the December 18 issue of Boxoffice said that operation of the Wilson and El Patio Theatres in Tyrone would be transferred to the Warner Bros. circuit on January 2. Warner Bros. operated the theaters until 1954.

An April 6, 2000, article in the Herald said that the Wilson Theatre had been built on the site of an earlier theater, the Bijou, and that the Wilson had been demolished on December 16, 1976, as part of an urban renewal project. As renewed, the theater’s site hosts part of the parking lot for a Burger King fast food outlet.

The 1914 Herald article about the theater’s opening has been transcribed to this page at Ancestry.com.