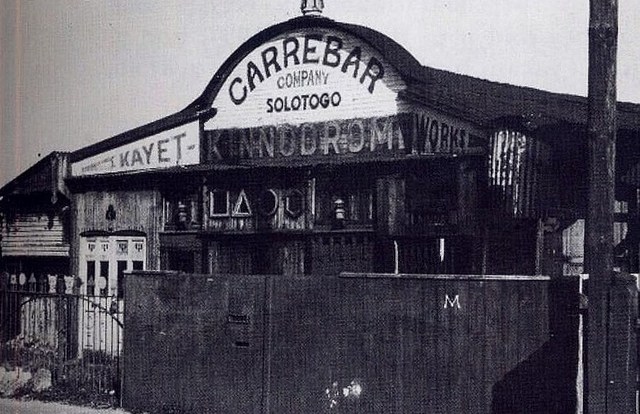 The Kinnodrome was a most unusual cinema. It was built by Everard Wigg who was considered by some in the locality as a ‘bit of an eccentric’.

He was by trade a pattern maker working in wood, and he designed and built the Kinnodrome by hand himself. It was made almost entirely of wood and it was rather ramshackle but designed to be a very safe cinema which had a collapsible wall that could be activated in the event of a fire emergency!

Located in the small community of Kessingland, which is south of the town of Lowestoft, the Kinnedrome operated in the early-1930’s. It didn’t last very long and was later converted into industrial/workshop use. It was demolished in 1976.