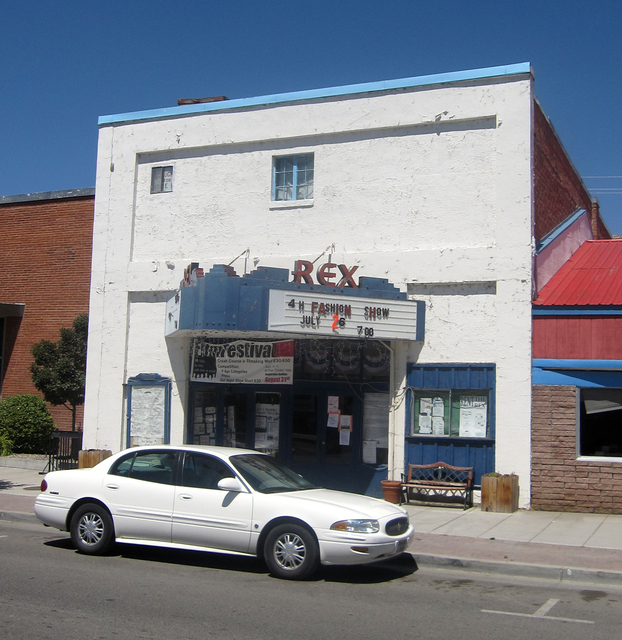 This photograph of the Rex Theater was taken in 2010.

A small photo of the Rex Theatre was published in the August 28, 1915, issue of The Moving Picture World. The caption says that the operator of the Rex, J. B. Quesinberry, had been among the magazine’s subscribers for several years.

If Mr. Quesinberry had been operating the Rex throughout that time (the caption doesn’t say,) this theater might have been opened even before 1910, and could now be one of the oldest operating movies theaters in the country.

The 1926 FDYB report of the seating capacity must have been an error. The caption of the 1915 photo says that the Rex had 300 seats.

Status should be closed. No information on the web or Facebook page. Phone goes unanswered.