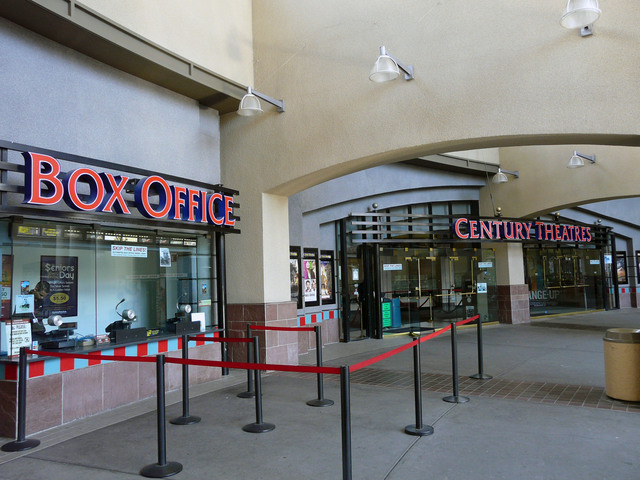 Located in the popular Downtown Plaza in Sacramento, it was opened by United Artists on October 22, 1993. The Century Downtown Plaza 7 theatre runs the newest films, and holds seven screens. It was closed in January 2016 for a remodelling. It reopened December 22, 2017 with 9 screens.

This was originally a UA build, built during that period in the mid-90’s before stadium seating caught on.

This theatre was constructed in 1994 and was originally occupied by United Artists. It was constructed as the entire Downtown Plaza was being built. There were three screens on the upper level, with #3 holding 591 seats and featuring THX certification. The lower level had four smaller screens and it’s own concession stand.
In 1995, the theatre experimented with an interactive movie called “Mr. Payback.” Sadly, interactive movies did not catch on.

This is a fairly typical and uninteresting movie complex. However, the big screens had curtains that opened and closed, which was surprising since the era of pre-show advertising was under way and also surprising, I went to see GONE WITH THE WIND there while all the other screens had contemporary films going. It was nice to go to this theater in the 1990s because the mall was very hip and fun. Now the mall is kind of quiet and doesn’t offer as much as it once did.

According to Cinemark’s website, this theatre is still closed for remodeling.

This location reopened on December 22, 2017. It has been rebranded ‘Century DOCO and XD’, as the Downtown Plaza has now been rebranded ‘Downtown Commons’. Incidentally, the old “445 Downtown Plaza” address has changed to “1015 4th Street”. The newly remodeled theatre features 9 screens, one of which is a Cinemark XD auditorium with stadium seating and 228 seats. All seats throughout the complex are now heated Cinemark Luxury Loungers, and all auditoriums feature reserved seating. A party room has been added, and the two new concession stands feature expanded menu options, including hot foods and alcohol. Complimentary valet parking is offered when there is an event at the nearby Golden 1 Center. 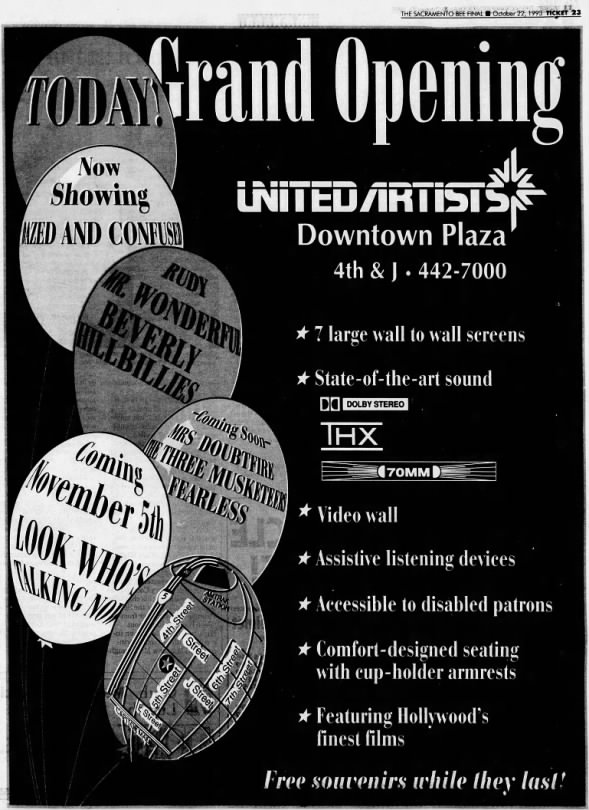