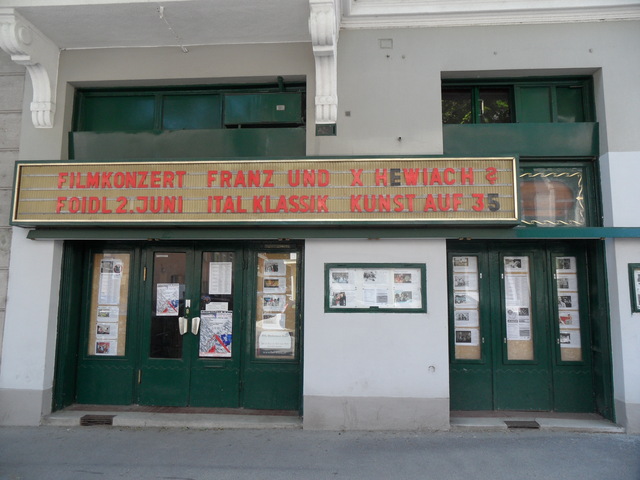 This cinema was established by the Guggenberger family as the Zeltkino Guggenberger in 1905 and is the oldest, still active cinema in Vienna. It opened with 205-seats (199 on the orchestra level and 6 in a loge). In 1909 it was re-named Breitenseer Lichtspiele. It is a repertory cinema, the focus is on old movies. Sometimes, silent movies are accompanied with live music.