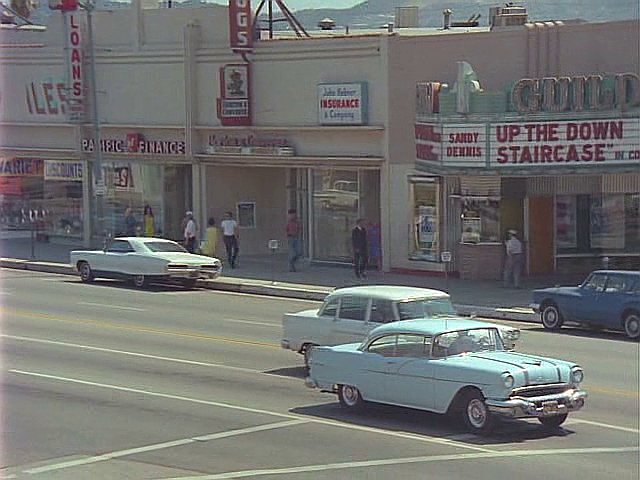 Locared in the Valley Village district, just to the south of North Hollywood. The Valley Theatre opened in 1938. On April 19, 1955 it was renamed Valley Guild Theatre. It was a District 2 Fox West Coast Theatres house that served as move-over theatre for the nearby El Portal Theatre.

I once worked here showing the film Shampoo

This letter to the LA Times was written by a Mr. R.A. Simon on 7/24/77. It does not appear that Mr. Simon was a patron of the Pussycat Theater:

It seems to me that the theater owners are determined to sell to any get-rich-quick artist who doesn’t give a damn for the residents."

Refurbished at a cost of $35,000, the deluxe showcase, located at Lankershim & Magnolia, will feature many of the latest engineering techniques, including the newly developed “eye-intensity” curved screen, adapted for conventional pictures as well as Cinemascope.

There’s a giant high-rise on the site now.

I added a 1967 photo courtesy of the Decaying Hollywood Mansions Facebook page.

Just caught a quick passing shot of this in one of the first season episodes of ADAM-12, with “Reflections in a Golden Eye” showing on the marquee. I think there was a Bob’s Big Boy across the street.

1954 photo as the Valley added courtesy of Kenneth McIntyre. 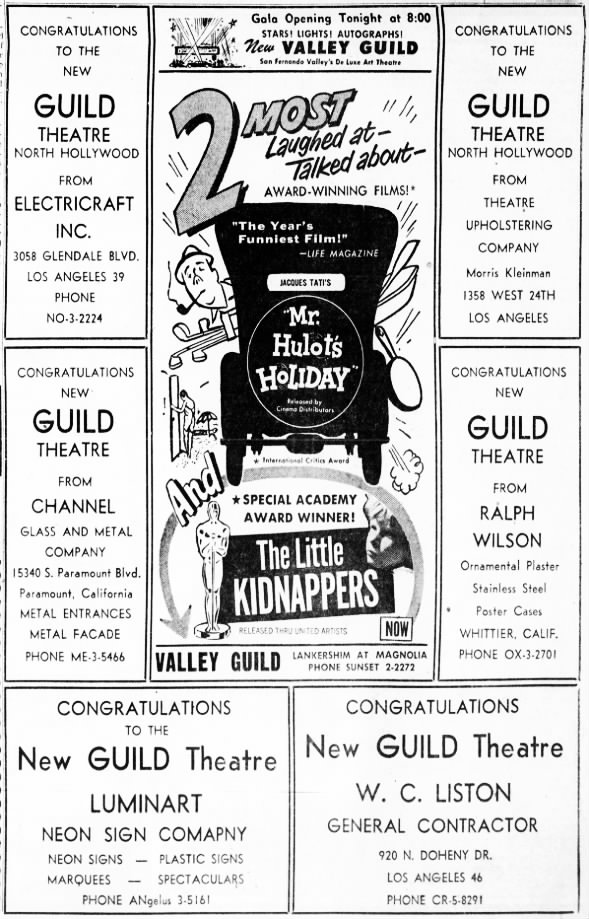 The 1945 opening refers to the Guild theatre in Hollywood.