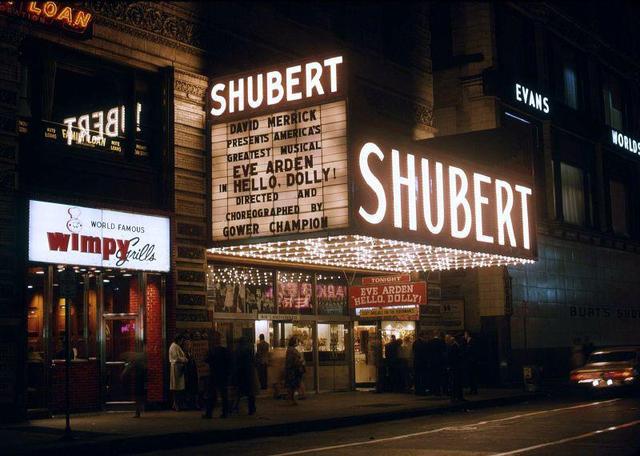 The Majestic Theatre was opened on January 1, 1906 as a venue for primarily vaudeville seating almost 2,500. On opening night movies were shown as part of the vaudeville bill on the Kinodrome. (The building itself in which the theatre and attached office tower are located in is still referred to as the Majestic Building). It was designed by architect Edmund C. Krause who had a gentleman named George Leslie Rapp working for him as a draftsman and designer. The following year (1907) G.L. Rapp would form the architectural firm C. W. & Geo. L. Rapp with his elder brother Cornelius Ward Rapp, which would become the famous & prolific Chicago architectural firm Rapp & Rapp.

During the 1910’s and into the 1920’s, the Majestic Theatre was part of the Orpheum vaudeville circuit in Chicago, along with such other Loop theatres as the Palace Theatre and the State-Lake Theatre. The Majestic Theatre was closed in the early-1930’s after a couple of years of sporadic use and remained dark for over a decade.

From 1945 until 2005, it was named the Shubert Theatre, by the theatrical family which took over the theatre at this time, after their late brother, Sam Shubert. Since then, the theatre has been used for stage shows and often plays host to Broadway shows when they come to Chicago.

The Shubert Theatre, renamed the LaSalle Bank Theatre after its financial benefactor, closed in January 2005, while it underwent a $40 million restoration. It reopened in 2006.

Added a 1910 photo copyright Corbis Images. Address on BoA Theatre website is 18 W. Monroe BTW, not 22 as listed in the Overview.

Another new name. As of December 2015 the Majestic/Shubert will be called the PrivateBank Theatre.

And yet another new name as of today.
CIBC Theatre.
Thanks to Tim O'Neill for the link.

“Private Bank” was a poor name for a theater let alone a bank. It’s unusual how all the live theaters were spread all across the Loop in contrast to the Movie houses that were concentrated around Randolph and State.

FYI: It was the first theater built in downtown Chicago after the ill fated Iroquois Theater Fire of December, 1903.