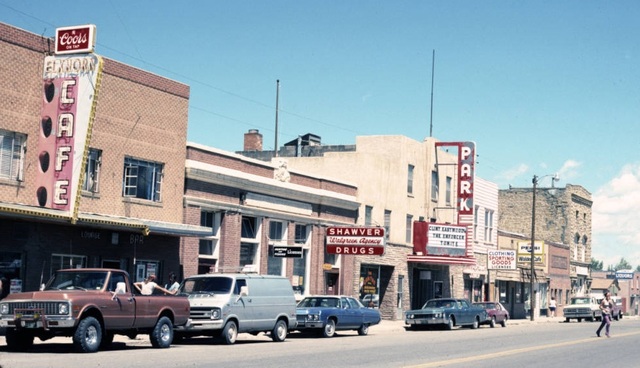 The Park is now a restaurant. A photo of the former theater can be seen below.

Yesterday, my wife and I visited Walden. The theatre is owned by the same person who owns the adjacent restaurant and hotel. Currently, the theatre is undergoing restoration while the stage is used for temporary dry storage for the restaurant. The objective is to evenually reopoen the theatre, according to local sources. Apparntly, all the seats have been removed pending installation of replacements

Clarification concerning my previous comment: While the objective is to eventually reopen the theatre, the date is uncertain and the work has been intermittent, according to the people with whom I spoke.

The October 19, 1946, issue of Boxoffice magazine said that R.D. Ervin had recently opened his new Park Theatre at Walden. The opening had been postponed due to the danger of polio.

Other issues of Boxoffice, both earlier and later, say there was another theater in Walden. The June 25, 1938, issue says that the Walden Theatre at Walden had been renamed the Star. The April 26, 1947, issue says that R.D. Ervin had installed new projectors at the Star Theatre in Walden.