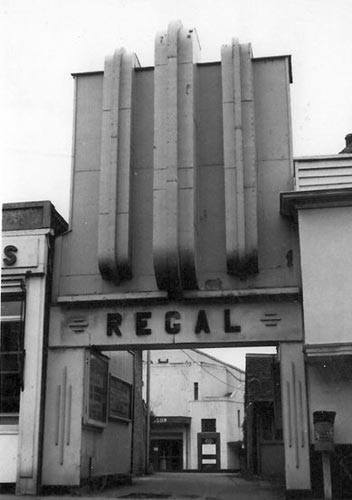 The Argosy Cinema opened on 4th February 1935 with Gracie Fields in “Sing As We Go”. It was designed in an Art Deco style by noted cinema architect Frank Ernest Bromige, assisted by Leslie Carter.

Operated by the the independent circuit East Kent Cinemas it was re-named Regal Cinema in 1950. Acquired by the Peter Lindsey Group it stopped showing films in 1965 and was converted into a bingo club. This closed in March 1974 and the cinema was demolished in February 1978 to build a Lipton’s supermarket.