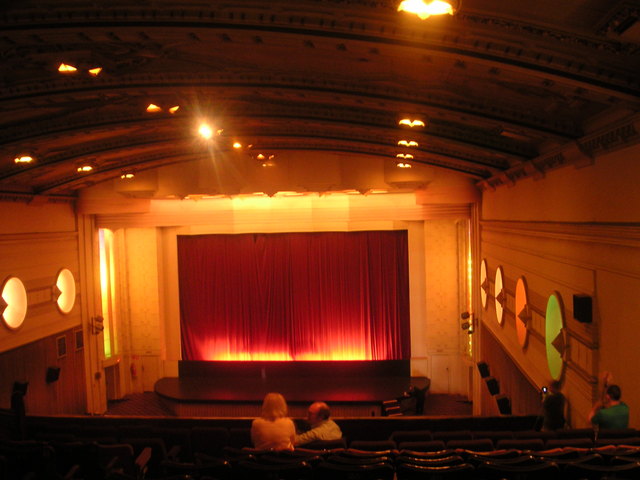 Located in the Northcote district of Melbourne, this opened as Westgarth Pictures on 20th October 1921 with Mary Miles Minter in "Anne of Green Gables". Seating was provided for 921 in the stalls and 523 in the circle and originally the projection box was located at the rear of the stalls under the balcony. The architect John Secull (who was only 26 years old at the time) was actually not a fully qualified architect, but he was a director of the company that built the cinema.

The building has a very imposing facade and the original illuminated virtical sign ‘Westgarth Pictures’ in decorative glass panels is still on the building. The foyer is in a Classical style, something similar to the entrance of a grand house with a central staircase that leads up to the balcony foyer.

In July 1929 the auditorium was given an Art Deco style makeover, although the original main panelled ceiling remained intact. It was possibly at this time that the projection box was built at the rear of the circle.

The Westgarth went over to screening Greek language films from November 1966 and this continued until 1987 when the independent art house circuit Valhalla took over and re-named it the Valhalla Cinema. It became a popular cinema to see cult classics and silent films.

In 1996 Valhalla terminated their lease and it reverted back to the Yiannoudes family who had operated if since ‘going Greek’ in 1966. It went back to its Westgarth Theatre name and continued to operated on a diet of First-run and art house releases.

In the summer of 2006 the art house chain: Palace Cinemas took over the building and they proceeded to sub-divide the auditorium, leaving the stalls intact, but making the circle into two small screens.

For more details go to the Palace Cinemas website(below) and click on ‘Vic’ then ‘Westgarth’.

The Westgarth Theatre is Listed on the National Trust Register of Historic Buildings.

A view of the proscenium and ceiling:
http://flickr.com/photos/thomask/41617795/

Cinema one -original stalls is an art-deco masterpiece, whilst 2 and 3 in the circle are (at best) pleasant screening rooms. However, eclectic programming, consistent presentation standards, and very friendly and helpful front-of-house staff ensure every visit is a worthwhile experience.

This is a beautifully restored theatre and is worth a visit to catch a movie, the main theatre has some of the comfiest seats around. As bercy mentioned, some friendly and knowledgeable FOH staff along with a perfect venue creates a relaxed movie going experience.