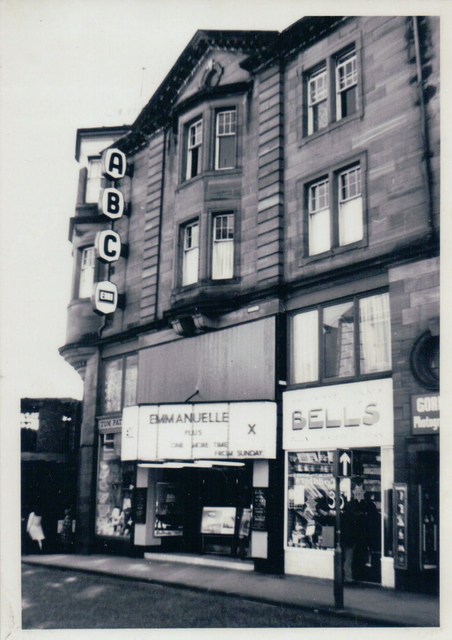 The King’s Theatre was designed by John D. Swanson of Kirkcaldy and William Williamson. It opened on 14th November 1904 with the show "Floradora". Seating was provided for a total of 2,400, of which 200 were located in the stalls, 800 in the pit behind the stalls, 400 in the circle and 1,000 in the gallery. There were 10 boxes. By 1908, the King’s Theatre had closed and was re-opened with new owners as the Hippodrome Theatre. Films began to be screened as part of the programme on the Bioscope machine. In May 1909, it had been re-named Kings Theatre again and in the following years films became the mainstay of programming, with occassional weeks of live shows.

On 28th December 1916 it was taken over by C.T.C. Picture House Ltd. and was re-named Opera House. In 1917, Scottish Cinemas & Variety Theatres Ltd. took control. On 18th May 1925, organist A. Hamilton Wilding opened the newly installed Jardine Grand Orchestral Organ.

The Opera House became the first provincial cinema in Scotland to install sound equipment and Al Jolson in "The Singing Fool" played for four weeks from 27th May 1929.

In 1937, the Opera House was now under the ownership of Associated British Cinemas(ABC) and they closed it down for a major re-furbishment. Architect Charles J. McNair was employed to re-design the cinema into an Art Deco style and it re-opened as the Regal Cinema in August 1937, with a seating capacity of 2,016. The Jardin organ was removed and sold to a church.

It was re-named ABC in 1963 and was closed in October 1977 for conversion into a triple screen cinema with 547 seats in the former circle and two mini-screens under the circle in the rear stalls seating 287 and 235. All were operating again from 29th January 1978. In 1988 it was taken over by the Cannon Group and re-named Cannon, then in 1993 MGM, then quickly passed to Virgin, before being taken back in a management buy-out and re-named ABC again. It was briefly named Odeon at the end.

Odeon Theatres had opened a new ten-screen multiplex in Dunfirmline in June 2000 and the ABC/Odeon closed on 3rd December 2000. It has remained empty and unused ever since, with various proposals to convert into a pub/nightclub and social centre not coming to anything. In late-2016 renovation work began on converting the King’s Theatre into a live music venue, which is hoped to be completed in 2020.

On 27th February 1997, Historic Scotland designated the ABC a Grade B Listed building. In 2016 the King’s Theatre was top placed in the Theatres Trust Scottish section of their Theatre Buildings at Risk Register.