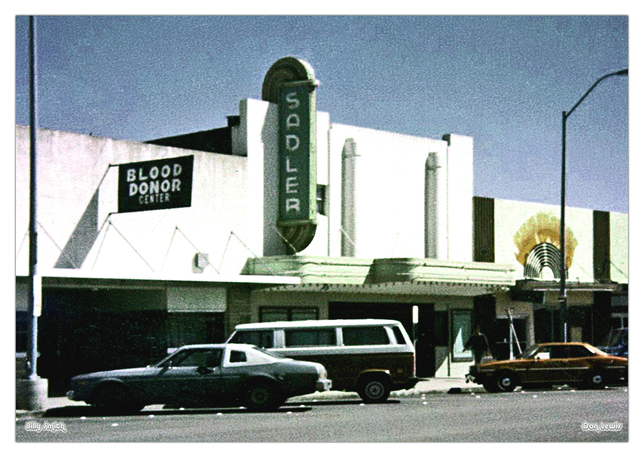 The Sadler was housed in a clean, light colored building with no marquee, but did have an overhang sheltering the entrance. There was a large vertical sign attached to the left front of the building that had “Sadler” spelled out in white letters.

I was a soldier stationed at Ft. Hood in 1968 and 1969. I visited Ft.Hood/Killeen 30 years later in 1998. The building which housed what I believe was the Sadler Theater at 315 E. Avenue D in downtown Killeen appeared to be the same building. All identifying marks, which would have sparked memories of the Sadler were gone, no signage or distinctive features, but the style and condition of the building at the address, indicated that it was more than likely it was the same structure which had been there 30 years before back to the late 60s. Directly across the street, at 314 E. Avenue D was solid evidence of the remains of the Ritz and the Texas Theaters.