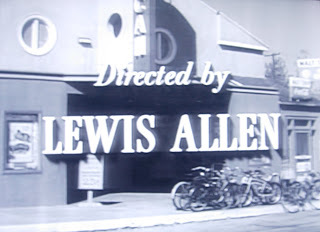 Drive-in
1) Mustang Drive in (closed demolished, now a business park)
2) Corral Drive In (Closed demolished was called the Valencia drive in before closing for good. somewhere along Seco Cyn near San Francisquito cyn never could figure out where it was.

Any ideas where this theater was?

ken mc: I’m wondering if maybe this isn’t the El Rey Theatre (opened as the Majestic in 1905) in Chico, California. It was called the American from 1939 to 1946, and the street looks very much like Chico’s 2nd Street. The building is the right shape, too. I see another theatre is across the street, and on its side wall is painted a sign with “CHIC…” visible. I’ve never heard of an Empire Theatre existing in Chico, but it’s a definite possibility.

OK, I’ve just found the small early picture of the Majestic/El Rey at the top of this page, and the building next door to the theatre in that picture appears to be the same one that appears in the picture you’ve found. Now I’m convinced. That’s the El Rey, probably some time about 1939-1940.

Thanks, Joe. I will post the picture on the correct page.

Here is an item in Boxoffice magazine, May 1941:

E. Harold Hall, new manager and operator of the American Theater in Newhall, staged a grand opening May 23. He leased the house from the Newhall American Legion. House was built through donations by William S. Hart, who has been living there since 1927.

There’s almost a nautical look to the building, which is funny as it is in landlocked Newhall. The portholes remind me of the Vern Theater in East LA, which of course was also done by S. Charles Lee.

I went to this theater a couple of times while it was known as the American Legion. It was a large room with a stage where a band played if I remember correctly. I had no idea it had once been a theater. There are no seats inside anymore and the floor is flat hardwood. When I went there it was for line dancing, which I think they held every weekend. The last I heard it was still the American Legion and I’m assuming they are still there. They may still have the line dancing too. I don’t remember the lobby at all but I’m sure there was one. I came in and out through a side door instead.

Apparently the American Theatre appeared in the film “Suddenly” (1954) starring Frank Sinatra. There is a good picture of the front of the theatre in this web article: http://dearoldhollywood.blogspot.com/2010/05/suddenly-1954-film-locations.html

and the photo section.

The exterior of the theatre also appears in the 1973 film “Invasion of the Bee Girls.”