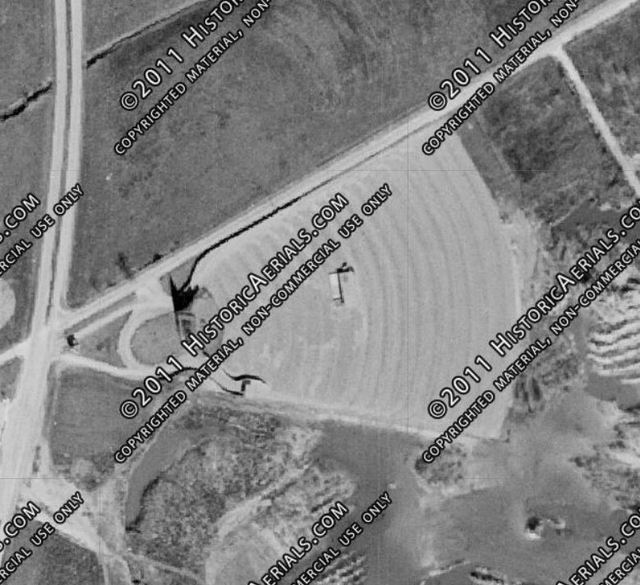 The main thing I remember about this Drive-In was that it was located near a gravel pit and in the summer the mosquitoes were thick. They sold mosquito repellent in the snack bar. My parents would rarely go there in the summer.

I was raised in Oak Cliff, not far from the Kiest Drive In. We used to go to Kiest Park, just about across the street. I remember seeing a film there about Evil Kneivel. I do remember the gravel pit as well. Does anyone remember that down the street, to the North I think, was Griff’s hamburgers and Underwood’s Barbeque. Anyway, I’ll step out of the way back machine now.

I believe the theater you are thinking of was the Hampton Road Drive-In on Hampton across from Kiest Park. The Kiest Blvd. Drive-In was on far east Kiest close to downtown Dallas and went all adult movies in the early 70’s before closing. And yes, down Hampton was not only Griff’s (McDonald’s now at that location) and Underwood’s, but also Polar Bear Ice Cream and Austin’s B-B-Q. I, too, spent much of my childhood in this Oak Cliff area.

The Kiest Boulevard Drive-in opened May 23, 1956 with an invitation only screening of “Navy Wife” and opened to the public the next night with “I’ll Cry Tomorrow.” The 110x65 sq. ft. screen was designed by David P. Yelsi and was made of spun glass, plastic and rubber, the first such installation of its kind and Dallas' largest screen at that time. It was better known for the Indian on its opposite side. 1,000 car lot, panoramic screen accommodating VistaVision, CinemaScope, and high fidelity speakers. The theater was part of the Phil Isley Circuit and opened just one week after the Bruton Road Drive-In. In 1965, the Kiest landed in the Rowley United Chain within the United Artists circuit along with the Granada, Crest, Major, Avenue, Big-D Drive-in, Boulevard Drive-in and nine other theaters in downstate Texas.