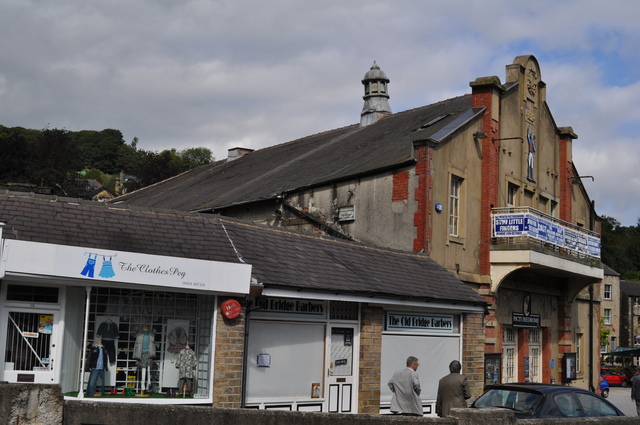 This silent movie theatre was built in 1912 and opened on 1st March 1913 as the Holme Valley Theatre. It is sited in the middle of the small Yorkshire town of Holmfirth.

The cinema itself is quite plain with a barrel-vaulted pressed tin ceiling and a few decorative plaster mouldings recently restored. It closed as the Valley Theatre on 16th September 1967 and became a bingo club.

Re-opening as a cinema again in November 1998, it was closed on 15th March 2007. The Picturedrome was re-opened due to public protests on 25th January 2008 with “Atonement”. The former balcony area became a postcard museum for a while. The stalls area now has removable seating, to allow for other events, such as pop & rock concerts, although films are still programmed.

(Not to be confused with the Original Picturedrome which has its own page on Cinema Treasures).

The town itself is more famous for its association with the long-running BBC TV comedy series "Last of the Summer Wine".

Everytime me and the missus go to Holmfirth we always have a good look at this gem. It’s a real eye catcher!

The cinema was built by the Bamforth company [who produced not only postcards but were the Hollywood of England during the early part of the 20th century – they used the cinema to show their own films which were sold all over the world]. The last time I was there they had a wonderful display of Bamforth cards. Terry Ladlow

The original seating capacity was for 799. More on the history and a small exterior photo here: http://www.picturedrome.net/cinema_history.htm

A cutting in Huddersfield library said the architect was P Norman Brown and that films ceased on 16th Sept 1967. The first reopening as a cinema was in Nov 1998.