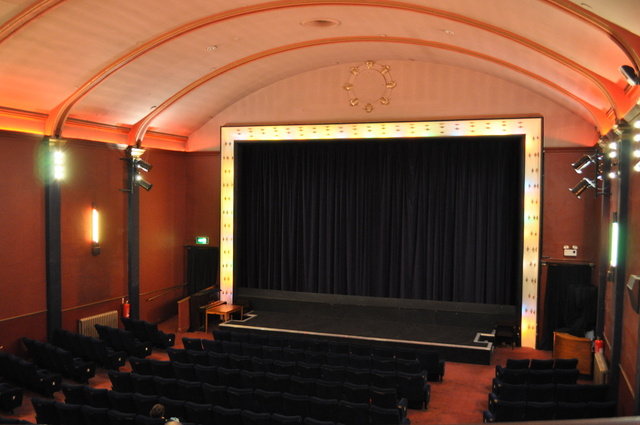 First opened by the mayor of Brighton on 22nd September 1910.

Since 1995, the Duke of York’s Picture House has been owned by City Screen/Picturehouse Cinemas who have renovated the building. It screens a mixture of first run, classic, and art-house films.

The Duke of York’s is a Grade II Listed building.

Here is a link to a page showing a small vintage photograph and a potted history:
View link

A fabulous cinema with an eclectic programming mix of mainstream and arthouse movies.The balcony has comfy sofas and there is a small but well stocked cafe bar with terrace at first floore level.Plans for the future include expansion into a former fire station next door to add more screens and cafe/bar

Here is a 1986 photo showing a rather run-down looking cinema:–

I can remember going to this cinema as a kid during the summer holidays as it was cheap to get in about a 1- (5p). I remember you could hear the fire engines next door when they where called out to a fire etc. It was called the flea pit by some, I recall one afternoon seeing a rat running about the stalls and a woman screaming about it. I am amazed that it it still a working cinema as all the other cinemas from that time have been closed and have been or are about to be demolished.

The Duke of York’s Picture House, once a year shows the Eurovision Song Contest live on the big screen.

Some contemporary images (taken January 2017) here, showing a stark contrast to the run down state of the building in my earlier 1980’s photos:–

Link to the video on Facebook showing the external restoration of the cinema https://www.facebook.com/DukeofYorks/videos/555698904986830/

Commissioned at a cost of £3,000 by former actress Mrs. Violet Melnotte-Wyatt and named after the London theatre of the same name which she and her husband Frank Wyatt had built in 1892. The legs on the roof were acquired in 1991 from the Not the Moulin Rouge Theatre in Oxford. A further history available here: http://dukeofyorkscinema.co.uk/2010/06/a-brief-history/ and some more images here: https://www.snoozebrighton.com/2019/07/30/the-duke-of-yorks-cinema/ Link mentioned in 2007 now dead.