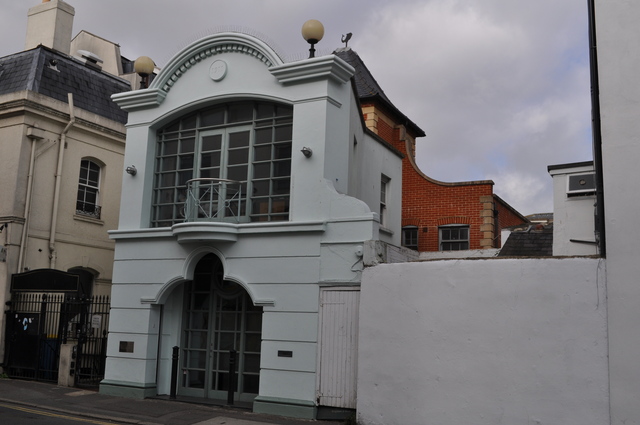 This was a conversion of a former shop and it opened in 1911 as the Coronation Cinema, the architect responsible for the conversion was Alfred Carden of Brighton. Initially seating was on one floor but in 1914 a balcony was added which increased the seating capacity to 350. In 1928 it was re-named the New Coronation Cinema and it became the last cinema in Brighton to be equipped with sound, which was installed in 1932, although for some reason silent films were still being screened at the New Coronation in 1933. In 1934 it was re-named Troxy Cinema.

In 1935 alterations were carried out by architects Gates & Sons (Brighton) and the cinema recieved a new Art Deco style facade. It was re-named for the final time in 1938 when it became the Rex News Theatre, initially screening newsreels and shorts, but this didn’t last long. The Rex Newsreel Theatre closed on 17th June 1939 with the feature films "San Quentin" starring Pat O'Brien and "Ever Since Eve" starring Marion Davies.

It was converted into commercial use and by 1989 was used by Redhill Motors, selling motor cycles and spare parts. The Art Deco facade had been removed, revealing most of what remained of the original 1911 facade. In recent years the building became unused and the auditorium was eventually demolished. A small office building was built on the site and the original facade was restored and retained as an entrance to what is in 2007 offices for an architects practice;Miles Broe, Coronation Studios.

Here is link to a photograph and history details on the Rex News Theatre;-
View link