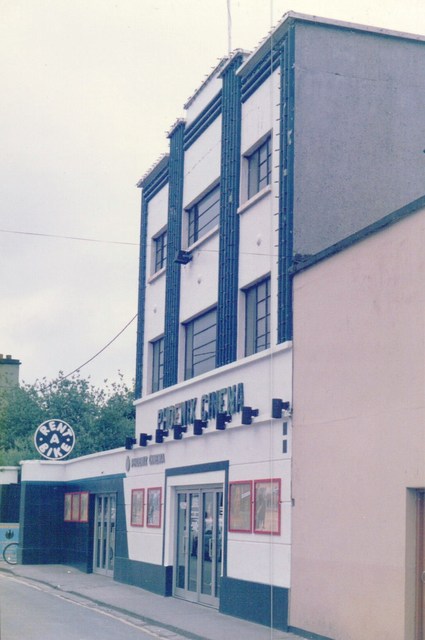 Not certain when it first opened, but it was operating in 1937 as the Cinema, with a seating capacity of 600. In those days it was open nightly on Sunday, Monday and Thursday. By the early 1950’s it had been re-named Phoenix Cinema, again with 600 seats and was operated by the Dingle Electric Light & Power Co.

The Phoenix Cinema shows mainstream films and an "Art Film" on Tuesday Night.

The original cinema was built in 1918 by two brothers John and James Houlihan. It was rebuilt twice, once in 1921 when destroyed by fire and again in 1938 when it was probably renamed Phoenix. During the rebuild vats were discovered under the ground believed to have been used in the tanning of leather in days gone by. It was also used as a dance hall and had a DVD rental shop at the front in more recent times. It has been reported that the original Italian projectors were run on energy provided by burning turf, but these days it has digital projection and Dolby sound. It was run by John Moore from the 1950s until 1979 when Michael O’Sullivan took over. He is remembered for introducing the Art Film Nights which are still running but he passed away in 2011. It is still a family-run business and is one of the main venues in the Dingle Film Festival. It currently seats 150 in stalls and balcony.