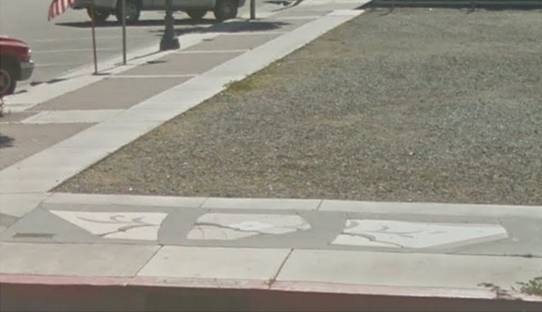 There was a State Theatre in Hollister by 1932, when its manager, Harold Wright, was mentioned in an item in the Motion Picture Herald issue of January 16.

The California Index cites an article in the Los Angeles Times of January 27, 1929, headed “Theatre crop for 1929 grows.” The index card indicates that the Hollister theatre mentioned in the article was either named the West Coast Theatre, or was at least operated by the West Coast Circuit.

As the other theatre in Hollister (the Granada) was far smaller than the State, and West Coast Theatres built fairly large houses in the 1920s, even in small towns, the State is the more likely of the two to have been the theater built for West Coast in 1929.

The following photo lists this theatre as the showcase. It may have been the State.

Yes, the American Classic Images photo is indeed the State. There had once been a vertical sign, but it was removed in the 1970s. A little after that photo was taken, the marquee and the entrance and storefronts were painted blue-grey, in accordance with the color palette of the 1980s. In 1989, the Loma Prieta Earthquake damaged the theater. During the time it was closed (presumably for repairs), some vagrants built a fire inside to keep warm, and the theatre went up in flames. After the debris was cleared away, only a damaged terrazzo sidewalk remained. This bore mute witness to the vanished theatre for many years afterward. Not having been in Hollister in the better part of a decade, I am not sure if anything new has been built on the site.

While researching in the 1990s for the restoration of the Golden State Theatre in Monterey, we found out that the same team of artisans who were assigned to repaint the decorative patterns on the Golden State ceiling during a 1930s redecoration did so at the Hollister State at about the same time. the results of their beautiful repaint job still remain intact in Monterey.