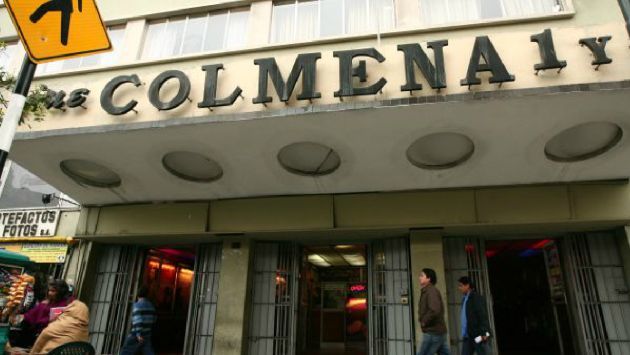 The Cine Colmena (translates to Cinema Beehive) is located at the intersection with the Avenida Wilson (today re-named Garcilaso de la Vega) in the centre of of the old city.

Opened in 1960, it was incorporated into a newly built residential building. In recent times it has spent many years as an adult cinema, but was taken over by new owners in 2004 and now screens independent films.