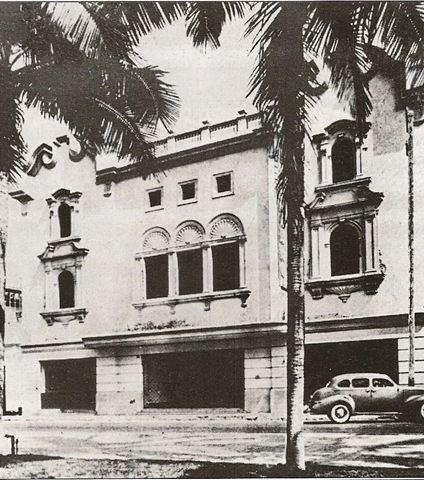 Located in the Barrios Altos district just off the city centre, beside the Plaza Italia. Built by Empresa Teatros and Cinemas Ltd., the Cine El Francisco Pizarro opened in March 1940. It was designed by architect Guillermo Payet in a Spanish Colonial style. The original plans were for an Art Deco style facade, but these were not carried out.

Inside the auditorium seating was provided for 320 in the central seating section of the orchestra level and 640 in the side orchestra seating sections. The balcony seated 950. The side-walls have Spanish Colonial style buildings with balconies and a terrace. The ceiling, as is usual in Atmospheric style cinemas had a flat surface painted dark blue to represent the night sky. I am not sure if it was equipped with twinkling stars or cloud effects. The proscenium opening consisted of five recesses, which curved at the top to the shape of the ceiling. There was a sizeable stage and stage house.

The cinema was usually advertised as the Cine Pizarro. It was still operating as a single screen in 1991, but has since closed down (date unknown). In 2007, it was closed and unused and remains such in Summer 2008.