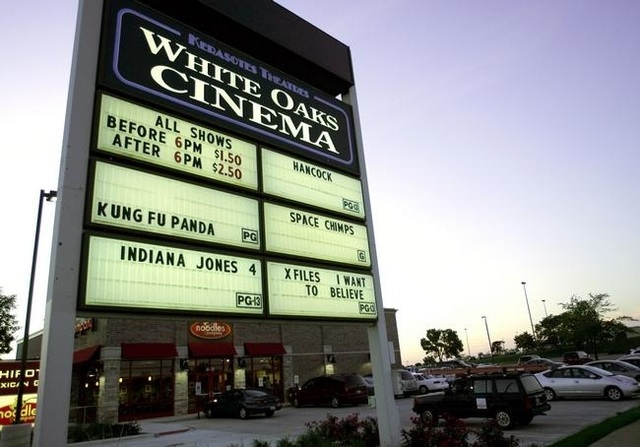 The White Oaks Cinema opened June 17, 1977. It was closed in September 2008. It was operated by Kerasotes Theatres chain.

Aside from the bargain prices, this one probably will not be much missed. I attended a few showings there; it struck me as a most likely having been former twin that had been chopped up into five small cinemas, just non-descript shoeboxes with small screens. The lobby was little more than a bland foyer with a small concession area. It’s too bad, though, that bargain cinemas are a dying breed.

This makes me sick. Bob Kolkhorst was the chief and installed the booth. I left Kankakee and moved there in 77 to help Bob, a good friend of mine. I was trained and became a projectionist in Springfield in 74. I was there when it open and I wish I could be there to see it close. How sad…

According to this article, the theater is now home to a Springfield church branch campus and will be also housing a paintball arena: View link