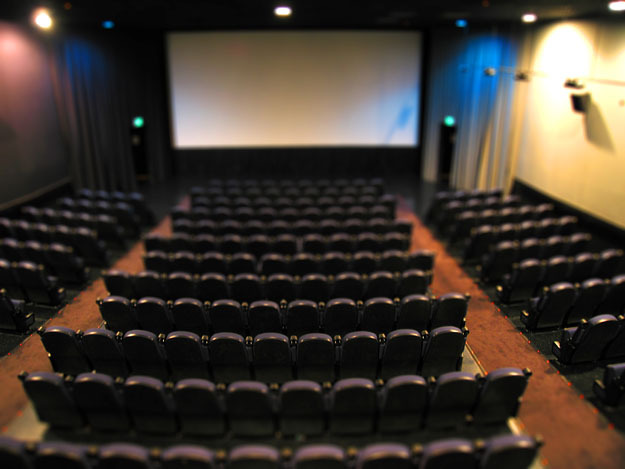 Originally built along with the Tamarac Square mall and opened by Mann Theatres on December 17, 1976, it is said that the Tamarac Square 6 was the first "all stereo" multiplex in the state. To accomplish this, some stereo sound systems were removed from other Mann Theatres of the day, such as the Kipling Place 6 and relocated to the Tamarac. Seating was provided for 400, 400, 450, 250, 250 & 250.

Mann operated the complex until May 2002 when Madstone Theaters redesigned and reopened the place as a location for independent and foreign films. Madstone completely redesigned the lobby and added a lounge area where alcoholic beverages were served (but these could not be taken into the auditoriums). They also redecorated the auditoriums and changed the numbering of them into letters. What was once auditoriums 1, 2, 3, 4, 5, and 6 are now C, F, E, D, B and A.

Madstone went out of business about two years later and the theater sat dormant for several months. Regency Theatres bought the lease and reopened with an emphasis on independent films but they also played some mainstream product as well. Alcohol could now be taken into the auditoriums and the projection booth was given an overhaul with Dolby Digital sound in each auditorium and other more modern equipment. Seats in many of the auditoriums were also replaced.

Regency Theatres closed the Tamarac Square Cinemas on January 24, 2011 and it was demolished.

I visited this theater in late 2008 to see “The Women” and was very nicely surprised. It is very comfortable, attractive and contemporary. It also featured the best quality projection I have seen in a multiplex.

This was in the Indiana (PA) Gazette in November 1982:

DENVER (AP) – A husband and wife arrested last year after bringing their own popcorn into a movie theater have filed suit seeking $400,000 from the theater’s corporate owner and four employees. The lawsuit was filed Tuesday in Denver District Court by David Schulz and Mary Lou Richardson, who were arrested last November in the Tamarac Theater after they broke theater rules and brought their own popcorn. Schulz was jailed for five hours after four Denver police officers handcuffed him and took him out of the theater. Ms. Richardson was given a summons.

They were acquitted in March of charges of disturbing the peace. The lawsuit claims the theater’s employees subjected the couple to malicious prosecution, false arrest and imprisonment. Schulz and Ms. Richardson also claim they were libeled and slandered by theater personnel. The theater is owned by Mann Theaters Corp. of California. Mann president Lawrence Gleason is named as a defendant because of remarks he made in a television interview after the arrest.

The theater has a rule prohibiting the consumption of any food that is not bought at its concession stands. The couple’s lawsuit contends that this policy is “designed to protect corporate profits from sales of ‘buttercorn’ or ‘butter-flavored popcorn,’ which product in fact contained no butter.”

Theater has closed, on the heels of the demise of a restaurant that was the only other business still open at Tamarac Square. Denver Post story here.

Demolition on the entire mall began in December 2011, with a planned TJ Maxx and retail spaces to take its place.

Boxoffice, Dec. 13, 1976: “DENVER – Mann Theatres is adding nine screens in Denver and Fort Collins … The Denver addition, with six screens, will be named the Mann’s Tamarac 6. Seating capacity will be 400 in two sides, 450 in one and 250 in each of the other three. … The theatre, which will open Friday (17) will be managed by Dick Roselein”