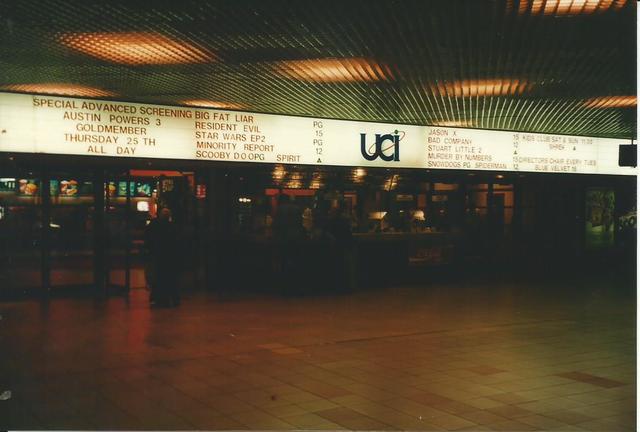 The 10-screen AMC opened in 15th May 1988 and was located in the Crystal Peaks Shopping & Retail Centre, seven miles from Sheffield’s city centre. In December 1988 it was taken over by UCI and re-branded UCI on 11th August 1989. The UCI was closed on 20th March 2003. In October 2004, it was taken over by the Terra Firma company who operated Odeon Theatres Ltd. but it never re-opened. The UCI was demolished in early-2005.