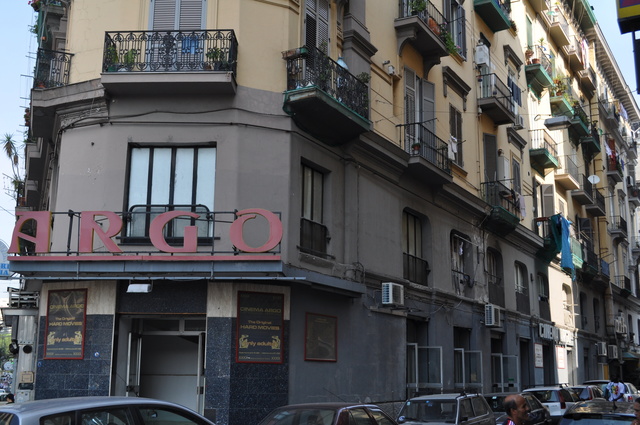 Located close to Piazza Giuseppe Garibaldi in the ancient centre of Naples near the Central Railway Station. The Cinema Argo is on the corner of Via Alessandro Poerio and Via Alfonso d'Aragona. Originally opened in the 1930’s with around 300 seats on three levels, screening first run and revival films.

In its later years it screened ‘straight’ sex films to a mainly gay male audience. The seating capacity has been reduced to provide for 120 seats in the stalls, 100 seats in the dress circle and 30 seats in the upper circle. The two circles are horse-shoe shaped and have seating on the side slips which extend to the proscenium.

Located across the street is the Sala Iride, which is also an adult cinema.

The Cinema Argo had closed by 2018 and was canverted into a gaming machine venue named Gamenet Slots.