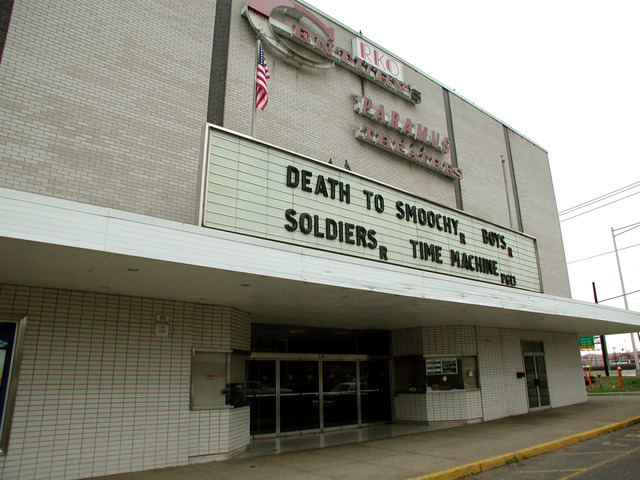 Located at the Garden State Plaza Shopping Center. Century’s Paramus Theatre opened as a single screen on June 30, 1965 with James Garner in “The Art of Love”. It was twinned on October 29, 1971 in the waning days of the RKO-Stanley-Warner circuit. On December 9, 1983 the theatre was triplexed and renamed the RKO Stanley Warner Triplex.

In its later years, this hard top box was run by Century Theatres which once had a strong presence in the New York metropolitan area.

Every chain that once occupied the theatre is still represented on the theatre’s signage with the façade bearing the name "RKO Century Paramus Theatres".

The theatre was operated by Cineplex Odeon (Loews Cineplex) in its later years. The Stanley-Warner name can still be seen in the entrance of this shopping center cinema which is at the junction of Routes 4 and 17 in Paramus.

A true "Cinema Treasure"? Maybe not. But with 70mm projection and a dated, throwback quality, the Cineplex Odeon Route 17 was a reminder of a less glamourous but rapidly vanishing world in which two, three, and four-screen theatres ruled the moviegoing landscape.

When did a third screen get added? Any ad?

Opened with “The art of love”. Opened as a twin (theatre 1) with “The touch” and “Take the money and run”, and(theatre 2) with “The Organization”.

That Stanley Warner Triplex in that ad is the Route 4 theatre, not the Century Route 17 twin.

Superman made its debut here 40 years ago when it was a twin in Dolby Stereo. 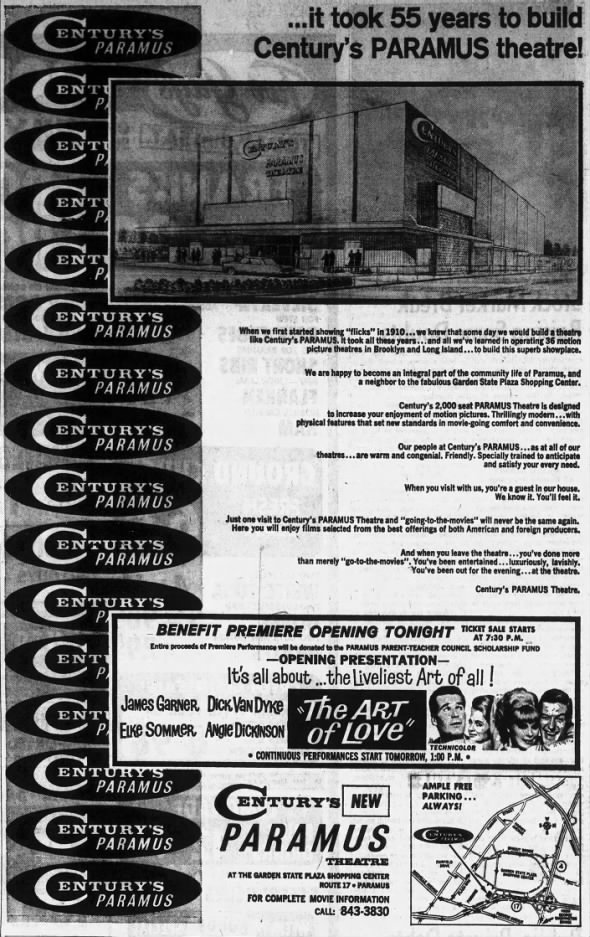 This was the second theater in Paramus to use 70mm projection when it opened.