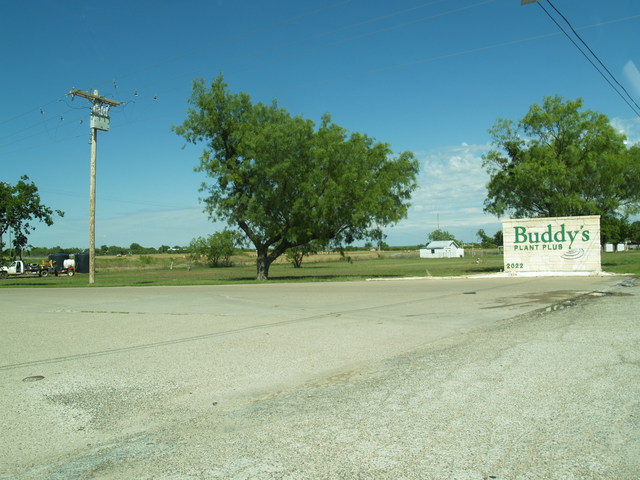 The Hillcrest Drive-In was on north side of Ballinger which was on the opposite side of town from the Horseshoe Drive-In. It was opened prior to 1955 when it was operated by Scales & Scales. It seems to have been open until at least 1973. As recently as 2002 the original driveway and a couple of movie poster showcases remained visible.

Hwy 83 and the highway to Bronte are not the same. The Hillcrest was on what is now highway 158.

This was located at the west end of town. Approx. location for this drive-in was just west of North Broadway & Conda Avenue.

I definitely remember seeing “Night of the Lepus” and “Elvis on Tour” at the Hillcrest. Both were released in 1972 and I was in Korea until mid-November 72, so it was December 72 at the earliest or more likely early 73. So the Hillcrest was open at least until then.