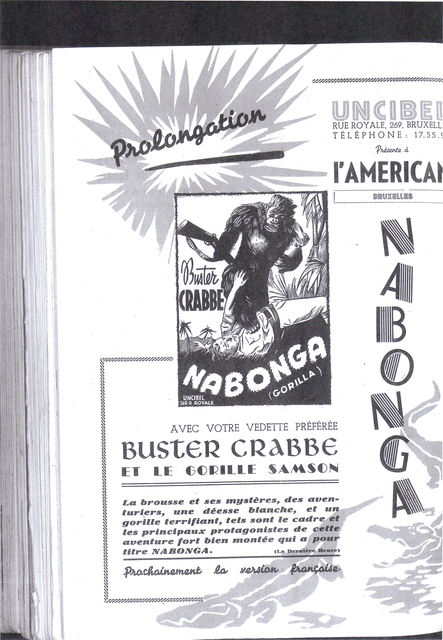 This cinema was located just nearby the Cinemas Colisee in the Rue du Pont Neuf and opened before its neighbour in the 1910’s. It was first called Theatre Palace, then became Orient Palace Cinema until 1939 when it became the American Cine.

It specialised therefore in American made movies, featuring stars such as Fred Astaire and Ginger Rodgers. The American Cine’s policy changed in the 1950’s. The change of programming became more an adult cinema where children were not allowed. In the 1960’s, the programming was judged expicit for the time, but looks very innocent today. We may say that was the first cinema to specialise in Adult X Rated movies, and these were screened for a long time, until its closing in the early-1980’s. The American Cine was demolished at the same time of its neighbour the Cinemas Colisee.