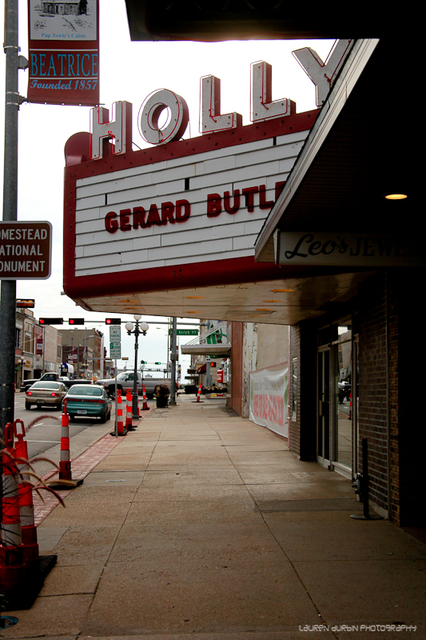 The Holly Theatre name is currently used for the Cinema Centre & Holly Theatre which is located across the street, and is operated by the same company.

On January 25, 1941, Boxoffice Magazine said that Frank Hollingsworth, operator of the Pix and Rialto Theatres in Beatrice, was planning to remodel a building almost directly across the street from the Pix into a 400-seat theater. It was expected to be open by March.

The Victory is mentioned in various issues of Boxoffice through the 1940s, and then the September 10, 1949, issue ran an item under the headline “Remodeled Theatres Open” says that, over the weekend, Frank Hollingsworth had opened the Holly Theatre, formerly the Victory, at Beatrice.

From the Beatrice Daily Sun on May 16, 1962: The Former Court St. Rialto Theatre at 608 Court, opened its doors for business as the “Victory Theatre,” Frank E. Hollingsworth and Marie Hollingsworth announced.

Both The Cinema 2 and the Holly have made the Concersion to digital projection with 3D capabilities. 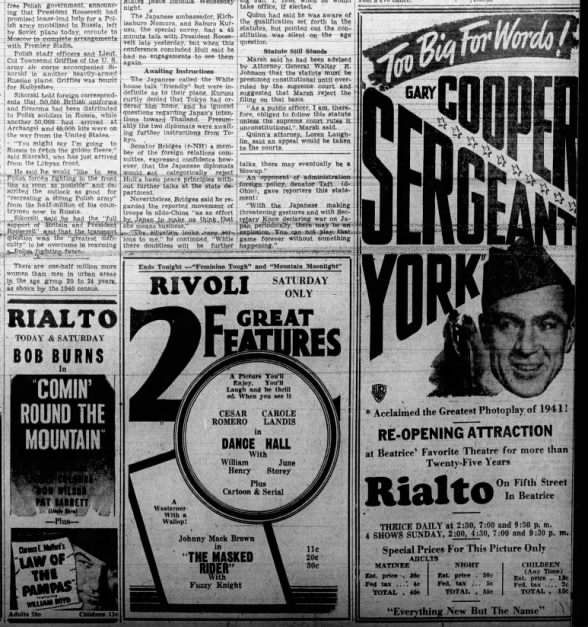