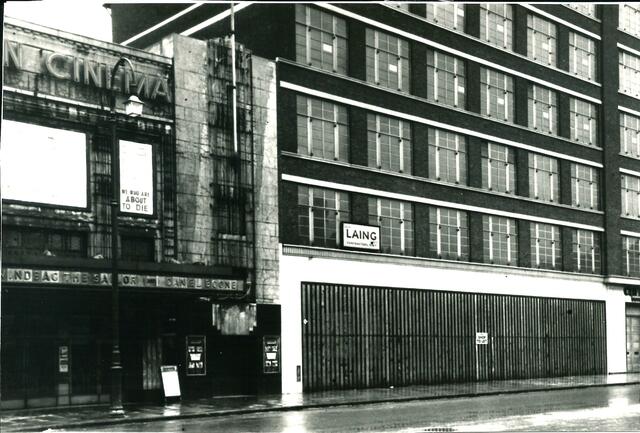 The Euston Cinema was located on the south side of Euston Road, opposite St. Pancras Goods Yard (today where the British Library is located) in the north London inner-city district of St. Pancras. It opened in October 1909 with a seating capacity of 750. The cinema was unofficially known as the Euston Picture Palace and was operated by E.M. Barker’s Picture Palaces based on Vauxhall Bridge Road.

In 1935, the cinema underwent some re-building and recieved an Art Deco style and increased seating capacity to 1,154. The Euston Cinema was closed in 1940, due to World War II conditions. During the war it was used as an emergency water storage facility.

Later demolished, an office block named Great Northern House was built on the site which was used by British Railways Board. In 2009, the YHA St. Pancras International Hostel is located in the building.

A photograph of the Euston Cinema can be seen on the cover of this monthly programme from July 1928:
http://www.flickr.com/photos/kevp/2974709811/