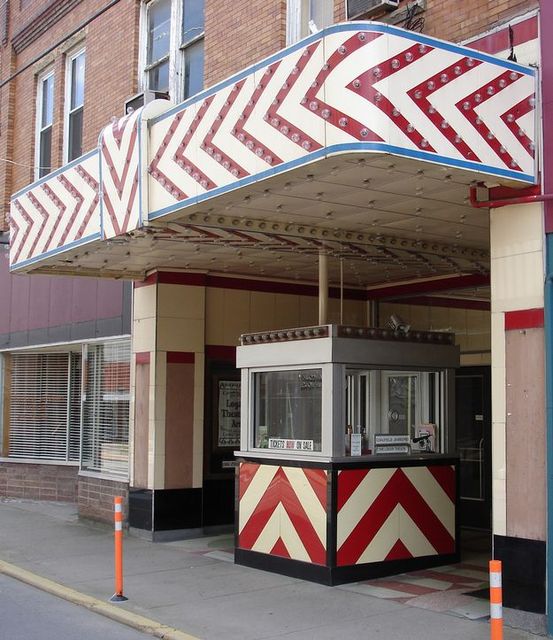 The New Logan Theater was the first to be built in West Virginia with air conditioning. It had a separate balcony for African-American’s, who also had their own bathroom facilities.

By early-2017 it had reopened as the Coalfield Jamboree Theatre.

Is this theater still around? I am in the process of buying and rehabbing the Philippi Grand and if it proves profitable I want to work on reopening other theaters in WV, KY, OH, PA, MD, and VA. There are so many wonderful old theaters with more character than any modern cookie cutter places.

Here is a weblog post about the Logan Theatre.

This is an item from the October 14, 1936, issue of The Film Daily concerning Ferdinand Midelburg’s plans for a new theater in Logan:

“Logan, W. Va. — Ferd Midelburg, independent chain operator, is building a 1,000-seat house at a cost of $150,000. The theater will be modern in every detail and will include a 400-seat balcony. Meanor & Handloser, Charleston architects, have been engaged to plan the new project. Midelburg operates theaters in Beckley, Madison, Charleston and Logan, W. Va., and in Hazard, Ky.”As this item was published two years before the Logan Theatre opened, I don’t know if Meanor & Handloser stayed with the project or not. The theater Midelburg owned in Beckley might have been the Beckley Theatre, built in 1935, which was definitely designed by Meanor & Handloser.

The Logan is now the Coalfield Jamboree Theatre. The address should be 308 Main Street, Logan, WV 25601. Website: https://theartswv.com/