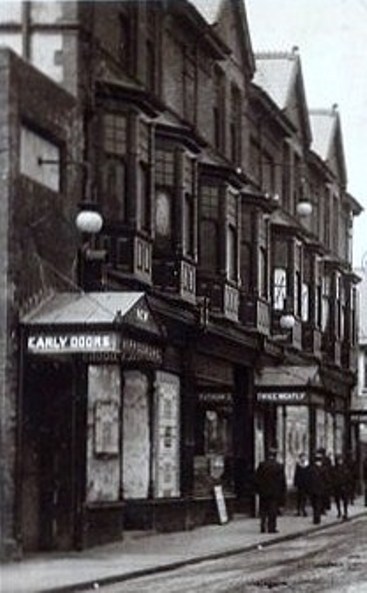 The Hippodrome Cinema was open by 1909. The auditorium was at the rear of a terrace of shops, with flats above. It was remodeled in 1912, to become a music hall and cinema. The decoraion in the auditorium was rather plain. It had a 20 feet deep stage and a fully equipped, but rather low fly tower. It was operated by Will Stone & Company.

It was re-named New Hippodrome Cinema in the 1930’s and around 1939 it was re-named Plaza Cinema. Closed by 1960 when it was operating as a second run cinema, it was converted into a bingo club.