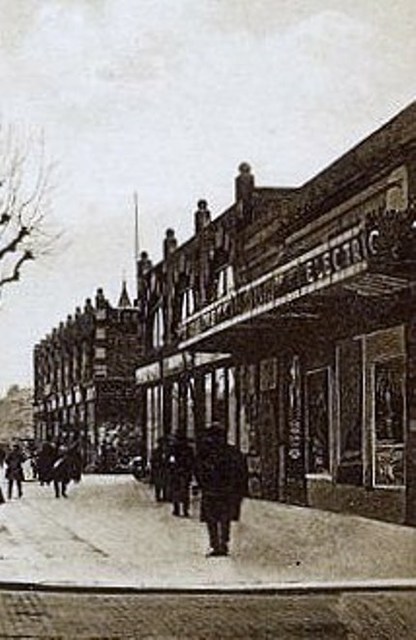 Located on the corner of Chiswick High Road and Duke Road, with Linden Passage at its rear. The Electric Theatre opened on 10th October 1910.

In 1927 it was re-named Coliseum Cinema, and sound on disc was introduced. It had closed by the beginning of 1932. Later in 1932, it re-opened as a news and cartoon cinema, renamed Tatler Cinema. It closed for the final time in August 1933 and was used as a storage facility.

It has since been demolished internally, but the outer walls remain (albeit slightly altered) and shops are located on the site.