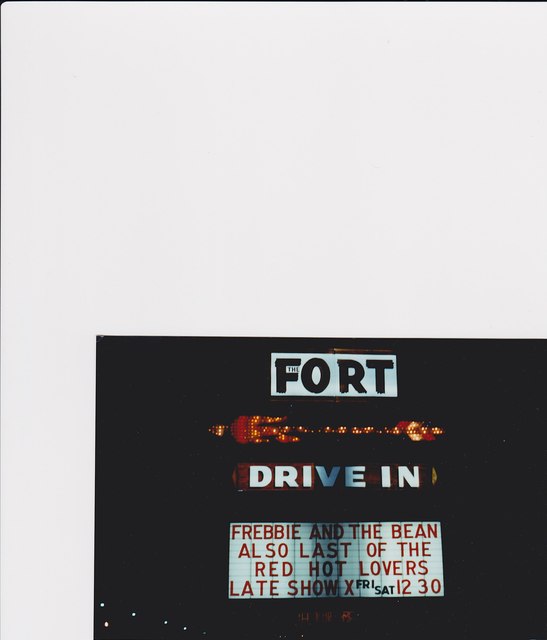 The Fort Drive-In was located in Fayetteville, and it served the communities of Fort Bragg and all of Cumberland County. Expanded to 3-screens and a capacity for 1,200 cars, the drive-in theatre did huge business until its closing in the 1980’s, when it was operated under Plitt Southern Theatres.

the drive-in theatre was located off Bragg Boulevard in Fayetteville.
Owned and operated by ABC Southeastern Theatres at one time and later on by Plitt Southern Theatres until it close in 1981.

Drive-Ins.com is also showing this as the Fox Drive-In. No AKA’s listed, but the pictures of each drive-in ticket booth match the other.

There was a FOX DRIVE-IN in that city!

anyone that worked for PLITT THEATRES on facebook there is “Remembering Plitt Theatres” anyone can join the group.

4691 is the correct address according to google earth. this looks like it opened as a twin with a Dos A Dos or back to back screen tower in the middle, a third screen looks to have been added by the road on the front lot. A car dealer now occupies the very front of the property, and way in the back of property it looks like a cell phone tower was built. It looks like all the screens are still there, the front screen is severely decayed. I think this D-I could be re-opened with some work.

There was also a D-I on the army base if you go to the base on google earth and use the history feature you will see it, its on bragg blvd. I only know of 2 bases that have or had D-I theaters, ft. bragg, and recently I found a marine base on virgin islands that has an operating D-I. Looking at google earth it looks as though Bragg Blvd was littered with D-I’s in the haydays, the base kept them going then, and it probably still would.