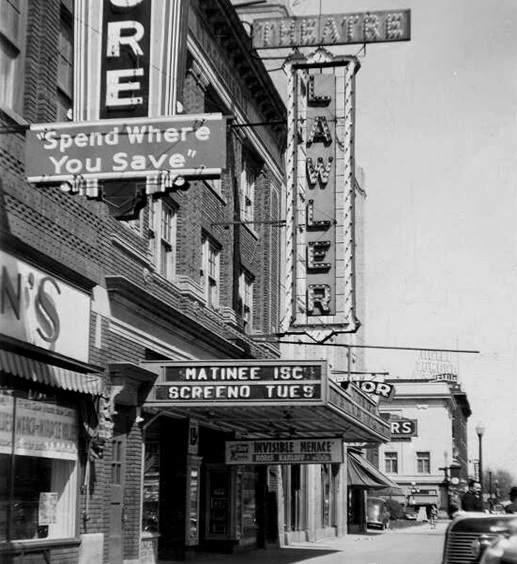 The Lawler Theatre opened September 30, 1916, and was first operated by the Colonial Amusement Co. The theatre was listed as seating 719. By 1926 it was operated by the Finkelstein & Ruben chain.

In 1929 they were taken over by Publix. Its final operator was Carish Theatres by the time it closed in 1985.

The theatre has since been demolished and the area is all part of the Mayo Clinic Center.

Here is another 1982 photo:
http://tinyurl.com/yepm6yr

Took over Management of the Lawler Theatre from Justin Brenden in March of 1977. Their grandson Johnny Brenden very young a the time worked there taking tickets in the early 70’s. Johnny Brenden is now the Manager of the Brenden theatre chain in the western United States. The Lawler theatre was once part of the Ted Mann theatre chain in which his daughter was married to John Brenden son of Justin Brenden.

The Lawler Theatre appears to have opened with a Barton pipe organ. The Barton was replaced by Wurlitzer pipe organ opus 1350, a Style B Special, III/5, installed in 1926.