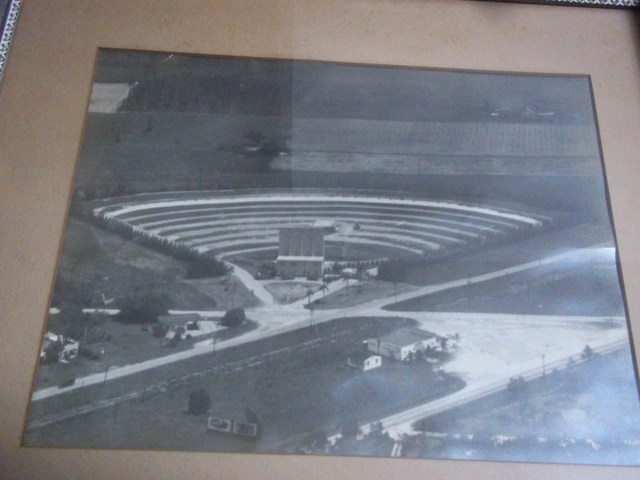 This was at Dixie and 15th St. Aerial photo supplied here.

The Breezeway Drive-In was demolished decades ago and the Dixie Center, a shopping plaza anchored by a Winn Dixie grocery store, is on the site.

The Breezeway has a paragraph in Bob Jensen’s article in the South Dade News Leader from December 11th, 2015:

He says there was an attempt to build a drive-in on Newton Road, then:

“Two years later on December 4, 1949 Mr. and Mrs. Clyde Chambers (she was Mary Grace the daughter of Jim and Grace English) opened the Breezeway Drive-in on 15th Street and old Dixie Highway. It was built for them by Vannie Lee Harris. It accommodated 350 cars. The projected picture was 50 feet by 38 feet; the projection equipment cost $15,000. The first picture show was ‘Song of India’ with Sabu. Admission was 48 cents. On Jan. 7, 1957, the Breezeway became the first drive-in in Dade County to host a worship service. Sponsored by the South Dade Christian Church, services were held each Sunday morning at 8:15a.m. In the early 1980s the drive-in began showing X-rated movies and became the home of a large Sunday morning flea market. The current Dixie Shopping Center was built on the site in late 1985.”